Armed robber gunned down, four arrested in a gunfight with cops 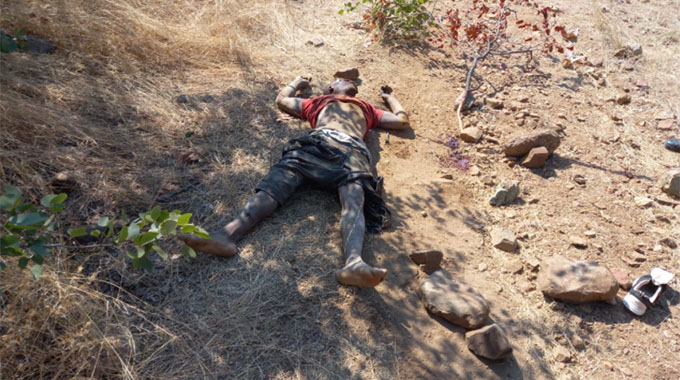 An armed robber who is alleged to be part of a gang that has been terrorising motorists along the Beitbridge-Masvingo highway and smugglers and border jumpers using the Limpopo River, was this morning killed during a shootout with the police near Lutumba Business Centre.

Four of his accomplices were arrested during the incident and the police are still pursuing more gang members.

It is alleged that the gang had unleashed a reign of terror for smugglers using Gates 2, 5, 7 and 8, along the Limpopo River to illegally cross the border into South Africa and Zimbabwe.

A source close to the case said the gang ran out of luck when the police reacted to an armed robbery alert call near Lutumba Business Centre.

“We cannot give more details at the moment and our officers are still busy on the ground conducting further investigations,” he said.

In a related incident, another armed robber was on Thursday disarmed and fatally assaulted by a group of smugglers along the Limpopo River.

His accomplice was severely wounded during the fracas and is battling for his life at Polokwane General Hospital in Limpopo province, South Africa.

A border official speaking on condition of anonymity said the two men had confronted a group of grocery smugglers wanting to rob them using a shotgun when tragedy struck.

“They were overpowered by the smugglers and one of them was assaulted to death after being disarmed by the group,” said the official.