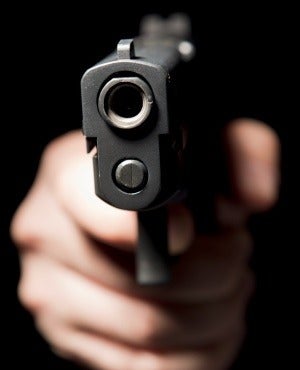 POLICE in Marondera have launched a manhunt for six armed men who allegedly pounced on a broken down combine harvester, destroyed its fuel tanks and siphoned about 450 litres of diesel at the 76km peg along the Harare-Mutare Highway.

The suspects, who were brandishing a shotgun, sped off in two cars, an Isuzu truck and an unregistered Honda Fit, after loading the fuel into 20-litre containers.

“I confirm receiving a report on a six-member gang who pounced on a combine harvester that had developed a mechanical fault before stealing 450 litres of diesel. We are appealing to the public, who might have information that may lead to the arrest of the suspects, to approach the nearest police station,” Mwanza said.

According to the police, at around midday on Friday, Tinashe Macheso (27) of Gabaza Farm in Beatrice was driving the combine harvester to Agos Farm in Marondera along the Harare-Mutare Highway.

The machine developed a fault, and he pulled off the road waiting for rescue.

The next morning at around 3am, six men armed with a shotgun approached and asked him to sell them the diesel, but he refused. They threatened to shoot him and asked where the fuel tank was.

The suspects then drilled a hole on the fuel tank and siphoned the diesel putting it into containers.

They loaded the containers into their vehicles and sped off towards Macheke. The value of the stolen diesel was ZW$2 673.