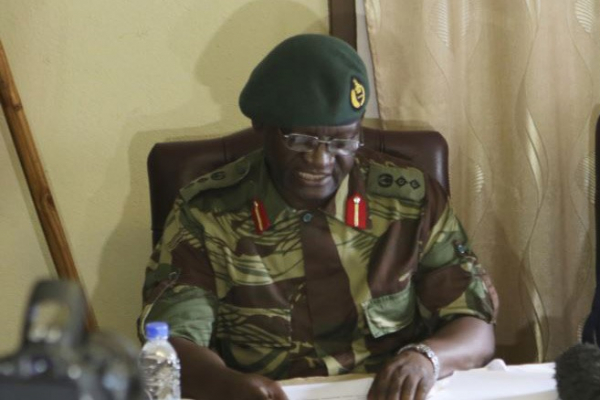 ZIMBABWE’s military, for long accused of dabbling in partisan Zanu PF politics, yesterday ducked questions on whether they would allow for smooth transfer of power in the event of a victory by an opposition presidential candidate in the July 30 elections, curtly saying they will be guided by the Constitution.

Addressing journalists in the capital, Zimbabwe Defence Forces (ZDF) spokesperson, Colonel Overson Mugwisi also declined to declare that the military would recognise a presidential winner without liberation war credentials, saying he had no brief to tackle such issues.

Asked if the military would accept any outcome that did not favour Zanu PF when it was clear that its November intervention was motivated by a desire to serve the ruling party, Mugwisi again skirted over the issue saying: “What we undertook to do at first is, I think we agreed that today we will be talking of the role of the ZDF in the upcoming harmonised elections, I think it is a slight departure from what we are discussing here.”

Further pressed to make a public declaration on whether the military would salute, for instance MDC Alliance leader Nelson Chamisa if he happens to win the presidential race ahead of Zanu PF leader Emmerson Mnangagwa, Mugwisi said: “I think I have made myself very clear. It was the same question asked and I don’t think it will be necessary to repeat the response.”

The opposition has demanded that the military should stay out of the electoral processes and stand ready to accept the results regardless of which party wins the July 30 polls. The demand stems from a 2002 declaration by then ZDF Commander General Vitalis Zvinavashe (now late) that the military would not salute a president without liberation war credentials.

Zvinavashe’s statement, which came on the eve of a presidential election pitting former President Robert Mugabe and the now late MDC-T leader Morgan Tsvangirai, was directed at the opposition leader.

Mugwisi also evaded questions on who deployed the military to invade the streets and key State institutions ahead of Mugabe’s unceremonious departure last November.

“Unfortunately, we continue to drift away from what we set ourselves to discuss here. I think this is outside what we are discussing here. I thought I made myself very clear from the onset here that I am putting across the role of the ZDF, before, during and before the forthcoming harmonised elections. For now, leave some of those other issues, if they are meant to be media queries, we can handle those outside this fora,” Mugwisi said.

Further pressed if there would be smooth power transfer after the elections, Mugwisi said: “The conduct of the ZDF will remain guided by the Constitution of the land. We will not prevaricate or change.”

He also skirted over questions regarding the involvement of the military in Zanu PF elections where military helicopters were used to dispatch Zanu PF ballot papers for primary elections in Gokwe and Mberengwa in a move that was roundly condemned by opposition political players and even Mnangagwa himself.

“I think the position of the ZDF is clear that we are not participating in any political campaigning that you are accusing us of. I think that was made very clear,” he said.

The military spokesperson, however, said soldiers were allowed to vote for any party of their choice, but could not dabble in partisan politics while on duty. The military, Mugwisi said, would assist the police in maintaining law and order and would also provide logistical support to Zimbabwe Electoral Commission (Zec) when need arises.

“Our role in the elections is mainly to support the ZRP in their role of the maintenance of law and order in the country before during and after the harmonised elections. We also remain ready to assist the Zec with transport where necessary. Beyond that, the ZDF remains ready to defend our country’s territorial integrity and interests,” he said.
Mugwisi denied reports that the army had deployed its members into the rural areas to campaign for the ruling Zanu PF.

“If some serving members are participating in the ongoing political campaigns, they will be doing so illegally and not as a result of an instruction from their commanders. Those with information on such misconduct should provide us with full details of such individuals to enable appropriate disciplinary action to be taken against them,” he said.

Zimbabwe expects maize output to more than triple this year