Army takeover, one month on 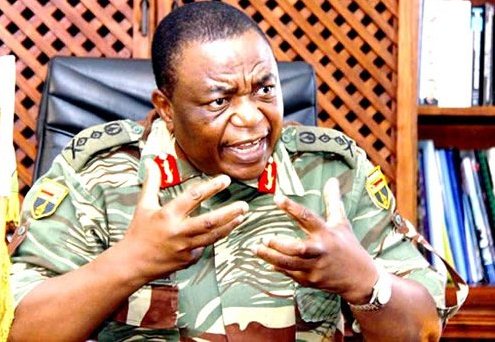 A lot has happened since then and in the process it has completely changed the country’s political discourse.

The “coup” code named Operation Restore Legacy forced Mugabe to resign on November 21, following proceedings by his Zanu PF party to impeach him.

Mnangagwa assumed the reins in a development seen as the dawn of a new era.

What has been captivating in all this are the developments that took place over the past month, which have brought  both hope and despair for some ahead of the country’s next elections.

Mnangagwa’s inaugural speech on November 24 brought hope as he spoke about the need to re-engage with the international community, compensate white farmers who lost their land during the bloody and fast-track 2000 land reform programme and creating employment.

He instantly became a darling of many, who saw a big policy shift from his predecessor, who had presided over an administration that had left Zimbabwe isolated from the international community and in economic doldrums.

Mnangagwa also pledged a radical policy shift by amending the Indigenisation Act, which initially demanded 51 percent of stake from foreign-owned companies. However, in his 2018 budget, Finance minister Patrick Chinamasa maintained the 51/49 threshold only on extractive minerals-diamond and platinum, exempting all other sectors.

The president has since given a three-month moratorium to all those that externalised funds to bring it back and has promised to deal decisively with corruption and this resonated with the people’s demands.

As days became weeks after the takeover, Mnangagwa announced his Cabinet which, however, dampened the people’s spirits, as they felt, he had just recycled the same “dead wood” that had been part of Mugabe’s failed administration.

While the ruling party is asking citizens to be patient and give Mnangagwa time to deal with the economic situation, the opposition seems to be demanding instant transformation.

The Morgan Tsvangirai-led MDC says there is an urgent need to change people’s lives.

“So far, there’s no discernable change for the better in the lives of the majority of Zimbabweans. Cash shortages are still a daily occurrence and long queues are still being observed outside all commercial banks. Prices of basic goods and commodities are skyrocketing and the lives of the majority of the people are still miserable. It would appear that it’s not yet Uhuru,” MDC spokesperson Obert Gutu said.

Citizens have been expecting serious economic and political transformations with the coming in of Mnangagwa, following 37 years of plunder by the Mugabe administration. And some still believe just a month to make a meaningful mark to 37 years of plunder could be a far-fetched demand.

But November 15, 2017, will always go down as a day that transformed what Zimbabweans had all along perceived as the norm in the country and like a bad omen, Mugabe whom most people had known as the country’s president had fallen.

His former party had said he would rule until death and had endorsed him as the country’s presidential candidate for next year’s elections at age 94, an ambition that was never to be.

It had become almost a tradition in Zanu PF to occupy certain offices in perpetuity, but the discourse immediately changed after the takeover by the army.

The individuals are believed to have been the major kingpins of a Zanu PF faction Generation 40 (G40), which contributed much of the number of people that were targeted by the army as criminals that surrounded Mugabe.

Mystery still surrounds one of the members, former Vice President Phelekezela Mphoko who returned through Plumtree Border Post from Botswana, where he had been holed since the turn of political events in the country.

Those that had all along seemed to have political muscles became the downtrodden as they scampered for protection, as they were expelled from the ruling party.

Somewhere in the corridors of power, some individuals were reinstated, while some had to leave, a development associated with the “new dispensation”.

Prosecutor General Ray Goba who had been pushed out by Mugabe, with reports suggesting that he was axed for his allegiance to Mnangagwa’s Lacoste camp, was reinstated through a court order.

In another development, the Zimbabwe Electoral Commission (Zec) chairperson Rita Makarau resigned from her position some few months before the next election in 2018. Some believe she could have been pushed out in a political tussle to control the electoral body, but again it still remains a myth as she refused to give reasons of her sudden departure.

As fate would have it, some businesspeople like James Makamba who had remained exiled in South Africa for several years returned to Zimbabwe following Mugabe’s fall.

Makamba’s arrival marked exactly 12 years after he fled Zimbabwe in 2005 as he feared for his life following rumours he had “angered” Mugabe. His exit came as he was charged with violating the Exchange Control Act.

The return of a businessperson like Makamba has brought a glimmer of hope that other exiled Zimbabwean businesspeople might follow suit as hope for success still remains.

People’s Democratic Party (PDP) spokesperson Jacob Mafume said there is still hope for meaningful changes, but said there are certain developments in government that have failed to inspire confidence.

“Zimbabweans’ need for political freedom is sacrosanct. The Rhodesian economy was functioning but still people fought to have it removed,” Mafume said.

On the other hand, the Welshman Ncube-led MDC spokesperson Kurauone Chihwayi, said the government has not yet scored any meaningful developments over the past 30 days.

“We are still waiting for working strategies or working formula that will breathe life into the economy. They are equally clueless in terms of rebuilding the country. However, they successfully dehorned the G40 controlled police force that dented our human rights record.

“Almost all the people arrested by the G40 police including those charged of treason have been acquitted. This shows unprofessional conduct on the part of the police. They reduced meaningless roadblocks on our roads. We are happy with their fight against corruption though they have arrested one G40 criminal only leaving the majority roaming around,” Chihwayi said.

Mnangagwa’s administration has already signed a $213 million deal with China for the rehabilitation of the Robert Gabriel Mugabe International Airport.

And as the developments continue to unfold, there have been complaints from civil society organisations over the continued presence of army officials in the streets, while the ruling party also carried out its extra-ordinary congress, where Mnangagwa was confirmed as the party’s presidential candidate in the 2018 elections.