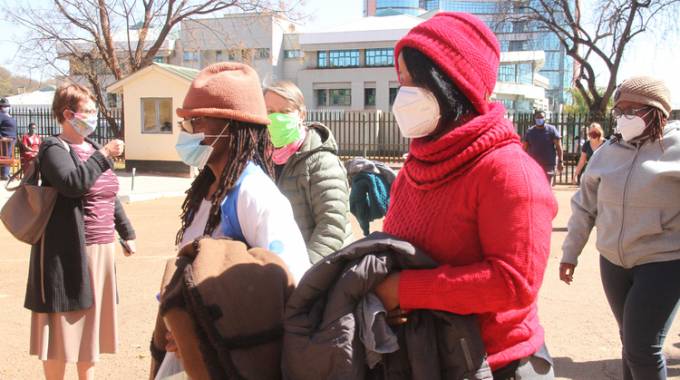 They were separately charged with participating in a public gathering with intent to cause public violence and breaching the Public Health Act (Covid-19 Prevention, Containment and Treatment) Regulations 2020.The accused were not asked to plead to the charges and were remanded to September 18, 2020 on $5 000 bail each.

They were ordered to surrender their passports and report once every Friday at their respective police stations.

Through their defence lawyers, the activists said they have complaints against the police and indicated that they would file written submissions in respect of those complaints by August 4, 2020.

They notified the State that they would challenge their placement on remand when they return to court on September 18.

The State, led by Mr Michael Reza and Ms Tendai Shonhiwa, had it that on July 31, MDC Alliance and other pressure groups organised an illegal demonstration to effect regime change.

The court heard that at different times and locations, but in Harare, the 11 took to the streets demonstrating against the Government.

Mahere and six others were arrested between 11am and 11.30am while demonstrating between Alps Road and The Chase.

Police are said to have recovered placards from Jessica Drury’s car inscribed #FreeZim, #FreeMDCtrio, #stopabductions and #handsoff the Constitution. On the second count, they allegedly breached Covid-19 regulations while they were marching.