LAWYERS representing Amalgamated Rural Teachers Union of Zimbabwe (Artuz) president Obert Masaraure, who was arrested on Friday last week for allegedly leading a demonstration in Masvingo, have said the charges against him had no basis, but bent on weakening his resolve. 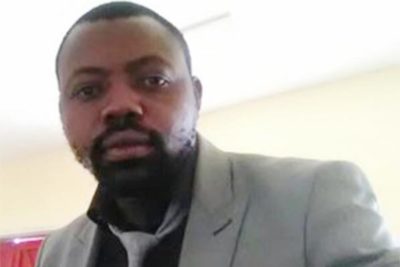 Masaraure was arrested in Harare and whisked to Masvingo where he was detained before being granted $500 bail by magistrate Patience Madondo on Saturday.

However, speaking to NewsDay yesterday, Martin Mureri, leader of Masaraure’s defence team, said the combative Artuz leader had no case to answer.

“He has no case to answer at all. He is being charged for participating in a gathering with an intention to cause violence or alternatively unnecessary movement during lockdown. The fact that the police placed an alternative charge means that they cannot sustain the main charge itself,” he said.

“On the first charge, it is not a crime to gather and demonstrate peacefully, especially in light of the fact that the gathering did not end in violence. The police say they were 50 people, so why arrest one on that charge? It shows that there is an agenda to victimise him for his work as a trade unionist,” the lawyer said.

Mureri also said upon interviewing Masaraure, he told him that he never visited Masvingo for the demonstration meaning he could not have violated the law on unnecessary movement during lockdown.

“The police also accuse other Artuz members of placing a coffin at (the Primary and Secondary) Education ministry offices, but they never caught even a single person red-handed. Surely all these charges are baseless and will waste the court’s time,” Mureri said.

Masaraure will appear again at Masvingo Magistrate Courts on July 21.