. . . as calls for Zim to join Rand Monetary Union grow 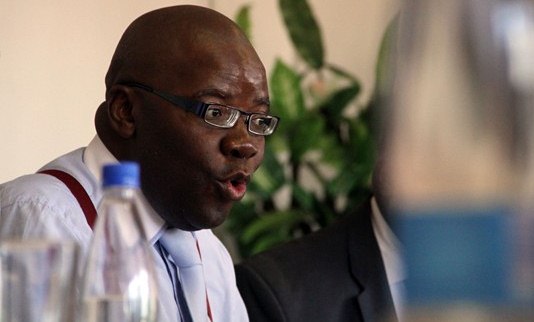 Amid sharp differences between RBZ governor John Mangudya and Finance minister Mthuli Ncube over what monetary policy tool to adopt in the forthcoming monetary policy, Biti told a CEO Africa Roundtable meeting underway here that the country must adopt measures that devalue the US dollar, and that includes adopting the rand as the anchor currency.

The Reserve Bank earlier this week dismissed fears by Biti that government may revive the use of its own currency.

“This has no base in fact or reality,” the Information ministry said in a tweet on Monday, adding, “this needs to be dismissed with the contempt it deserves.”

“The country shall continue to use the multi-currency system,” the RBZ confirmed.

“In the short term, in my opinion, let’s strengthen the regime of multiple currencies,” he said, referring to a basket of foreign currencies used since January 2009 to stem hyperinflation which left the Zimbabwe dollar almost worthless in the midst of a severe economic crisis.

“In the long term, the US dollar is unsustainable because it’s overvalued. In the past two years alone, it has appreciated in value by 19 percent. So, we can’t use it because it makes our exports so uncompetitive.

“It also makes our cost structure so uncompetitive. So, we need to devalue the US dollar but we can’t do it because we are not the (US) Federal Reserve, we can’t devalue that we don’t print. So, I suggest with great respect, let’s adopt that currency which has international credibility but which in fact allows us to devalue, and that currency is the rand.”

Under the terms of the union, Namibia, Swaziland and Lesotho all use the South African rand alongside their own currencies.

Biti said Zimbabwe’s Reserve Bank would have to give up its power to govern monetary policy to the union, which is largely responsible for establishing monetary policy, rules governing the issuing of the rand and price stability within the union.

The South African Reserve Bank is the authoritative reserve bank that dictates monetary policies and exchange rates in the union.

“The rand makes sense for another reason; we will have to lose our monetary independence. I am not a nationalist and that doesn’t bother me,” he told business elites here.

“But the other thing which we will do in that process; we will in fact abolish our central bank. And I won’t shed tears over it because the central bank has been at the epicentre of economic disequilibrium in this country in the past five years.

“If you look at all your problems, the central bank is there, bond note it’s there, overdraft it’s there, inflation it’s there.”

“So, membership of the rand monetary union will enforce on an ill-disciplined Zimbabwe both monetary and fiscal diligence and discipline.”

As the chaos continues to swirl around the monetary policy reforms, Biti said Zimbabweans must join the push in calling for a referendum.

“If this issue is such problematic for our country — I don’t think that the government and a few individuals should sit and impose a currency that we don’t want — if the worst comes to the worst, let’s be democratic, let’s have a referendum on the subject with three questions — do we keep the bond note, do we introduce the Zimbabwe dollar, do we keep the regime of multiple currencies, or do we join the rand monetary union? The market will tell you.

Oswell Binha, the CEO Africa Roundtable chairperson, said the country has the responsibility to address the tricky question of currency reform in an inclusive manner to ameliorate the situation.

“The mixed bag of feelings of economists has to be factored in: joining the Rand Monetary Union, having our own currency and adoption of US dollar -which the general populace has already adopted,” he said.