. . . as child support dwindles, Children in broken homes suffering, Shut out of society without birth certificates 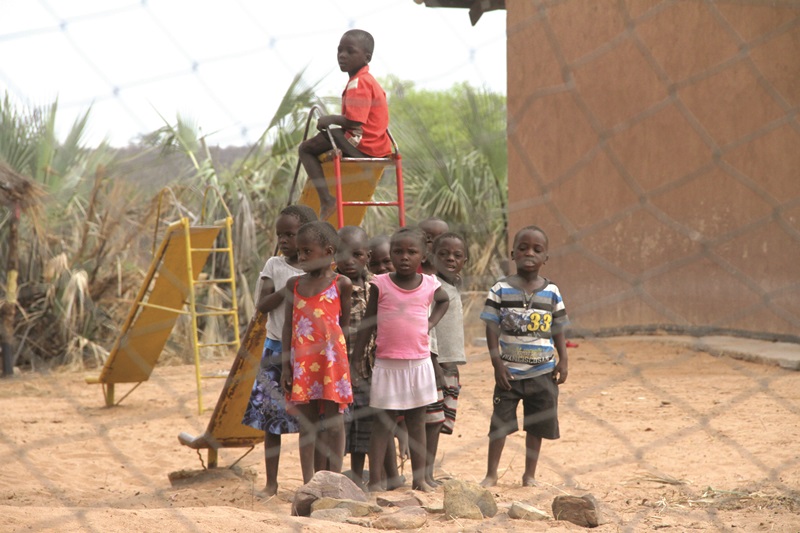 CHILDREN in broken families are suffering badly from divorce or parental break-ups.

The Daily News on Sunday can report a perfect storm of worsening economic conditions and poverty is putting a squeeze on the source of income for poor single-mother families, many are once again flooding the courts seeking upward variations of their maintenance orders.

But magistrates are turning down most of the single mothers’ applications on the basis that even though the cost of living has gone up, salaries of the dads have remained unchanged.

And in most instances, mothers with limited earnings potential often have children with men who also have limited economic resources.

This sad state of affairs has had unintended consequences for economically vulnerable and otherwise fragile families, with many single moms having difficulty managing to the best advantage of their children.

Oblivious of the required fundamentals in seeking a maintenance increment, single mothers are flooding the courts but leaving disappointed.

Judiciary officers have the duty to weigh the economic well-being of the non-resident father and the demand for an upward variation of child support in the income packages of resident mothers.

In all instances, the single mother argues that the money which their former boyfriends or husbands were initially ordered to pay can no longer sustain the children in question.

Most of the women, who are barely making ends meet as single parents let alone afford legal representation, attribute their demands to rising inflation, high cost of living as evidenced by the price increases of food, stationery, school uniforms and clothes amongst others.

While one may be mistaken to think that their applications have merit and the courts have no other option but to rule in their favour, this is not the case.

Children rights activists who spoke to the Daily News on Sunday said dragging each other to court is a last resort because a child is the responsibility of both parents.

Justice for Children coordinator Chinga Govhati said parents who contribute monthly support for their children are in a dilemma as they are struggling in an environment where prices are constantly rising.

And the courts are taking particular attention to the economic impact of child support on payers and recipients.

This comes as the economy went into a tail spin after Finance minister Mthuli Ncube introduced a two percent tax on all electronic payments in October last year, sparking a sharp and relentless increase in prices of basic goods.

The consequences of the controversial tax were not only felt on the economy but also cascaded to household level.

Prices of basic goods and services skyrocketed as manufacturers transferred the high cost of production on consumer prices in an attempt to make a profit.

With the cost of living continuing to rise and concomitantly inflation soaring as evidenced by the latest figures from the Zimbabwe national Statistical Agency (Zimstat), single parents are emerging as the most affected.

According to Zimstat, year-on-year inflation for the month of January raced to 56,9 percent, the highest since hyperinflation 10 years ago.

Besides the skyrocketing prices of basis, some single mothers have retained counsel to argue their child support cases in court.

Govhati said lately, Justice for Children has been receiving as many as 10 custody cases per day from economically-strapped parents, particularly fathers who are convinced that having custody of their children will reduce the maintenance burden.

“The organisation has also seen an increase in the number of women approaching the organisation for help in seeking upward variation of existing maintenance orders.

“In the same vein, we have also seen mothers who are struggling to provide for themselves seeking economic relief through claiming maintenance for their children,” Govhati said.

In the face of a failing economy, Govhati said there is no way that the demand for child support can be met.

When prices are changing every day, this may prompt women to seek upward variation each time they visit the store, resulting in courts failing to cope with the high demand for legal services.

Zimbabwe National Council for the Welfare of Children director Reverend Taylor Nyanhete said men refuse to maintain their children due to their negative attitudes.

“Men are always difficult in contributing to maintenance because they tend to transfer the hurt associated with the broken relationship to the child, but that is not the right attitude,” Nyanhete said.

“Denying women upward variation on the basis that salaries have not changed is not a valid reason because there are other areas where people are getting income to supplement their salaries. Unfortunately, the courts tend to consider the pay slip when making such decisions.”

He said providing evidence proving the increased financial demand for the child’s necessities must be enough to sway the courts to rule in favour of the applicant.

“However, a lot of mothers do not feel comfortable having the children raised by the fathers but this is another way of dealing the matter,” he said.

Nyanhete pledged to raise the issue with the chief magistrate when they convene for the quarterly victim friendly meeting scheduled for this month.

Parents who live in separate households also lose the economies of scale associated with shared housing and other resources, and therefore are at an economic disadvantage relative to two-parent households, regardless of their individual incomes.

In the face of dwindling child support and poverty, most of the children end up doing badly at school, suffering poor health, falling into crime and addiction.