…as he is urged to back Mwonzora’s bid

Source: ...as he is urged to back Mwonzora's bid | Daily News 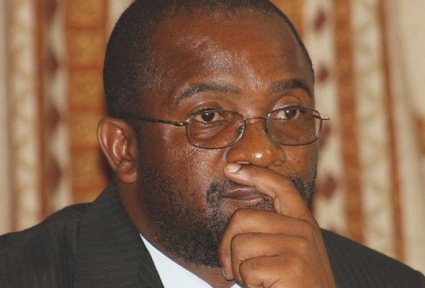 MDC leader Nelson Chamisa has been called upon to show leadership by backing secretary-general Douglas Mwonzora to retain his position after he discarded his intentions to challenge for the top post.

Mwonzora, along with MDC vice president Elias Mudzuri had indicated his intentions to contest for MDC presidency when the party goes for its elective congress on May 24 to 25 in Gweru.

But with Chamisa apparently running away with it after securing eleven nominations from the eleven provinces that have since concluded their congresses, Mwonzora chickened out choosing to settle for the position of secretary-general instead.

However, there are fears that owing to the friction that was ignited by his declaration to challenge Chamisa, party faithfulls will not forgive him and may as well vote Chalton Hwende who has been nominated for the same position by several provinces.

Yet political analysts canvassed by the Daily News warned that Chamisa risks being viewed as the bad guy by neutral observers if he does not back Mwonzora who made the brave move to announce publicly that he was eyeing the presidency.

South Africa-based political analyst Ricky Mukonza said it was clear that Mwonzora’s announcement with Chamisa by his side that he is now backing the latter was a result of some “behind the scenes political pact talks between the two former protagonists.

“This was done to avert any chances of a split after the congress. Mwonzora came out in support of Chamisa’s presidential bid so in return Chamisa has to also back Mwonzora otherwise he will appear to be the bad guy in all this,” Mukonza said suggesting that Hwende who is a Chamisa ally could be persuaded to make way for Mwonzora..

“In politics there are no permanent stances, I will not be surprised if Hwende is asked to withdraw from the contest.

“The feelings of the grassroots cadres will be managed for the greater good of the party. I see Chamisa coming back as the president while Mwonzora will retain his secretary-general post. It is in the interest of both camps,” he added.

Another analyst Maxwell Saungweme said Mwonzora made the announcement after gauging his chances against both Chamisa and Hwende and realised that he can match the latter.

“There is convergence among most of the party members on Chamisa presidency, but that does not translate into support for those aligned to Chamisa, including Hwende,” Saungweme said.

Saungweme noted that Hwende has issues with some youth assembly members after he clashed with outgoing deputy youth league chairperson Shakespeare Mukoyi during primary elections to choose the MP for Kuwadzana constituency.

“He also has issues with sections of elderberry in the structures and women. Mwonzora has chances to stun Hwende if the right people from the structures vote”.

Mwonzora’s biggest let down, Saungweme opined, could be the fact that the playfield will not favour him with the majority of Chamisa’s supporters running the congress process.

“But as you and I know internal democracy is rare in our political parties, the MDC included and it is likely the congress polls will be manipulated hence some will lose due to manipulation and not necessarily due to lack of popularity.

MDC national organising secretary Amos Chibaya, however,rubbished suggestions that the playing field is not level saying the opposition party was proving to be “the role model of democracy in the country”.

“Democracy is at play my friend and those who genuinely believe in it will give testimony.

“No one will have an unfair advantage, all will be allowed to campaign when the floor is opened.

“The process is being done in the presence of all who want to be there so there is no chicanery to talk about unless people are cry-babies,” Chibaya said.