. . . as it races to stem spread of  potential diseases in cyclone’s aftermath

Source: . . . as it races to stem spread of  potential diseases in cyclone's aftermath | Daily News 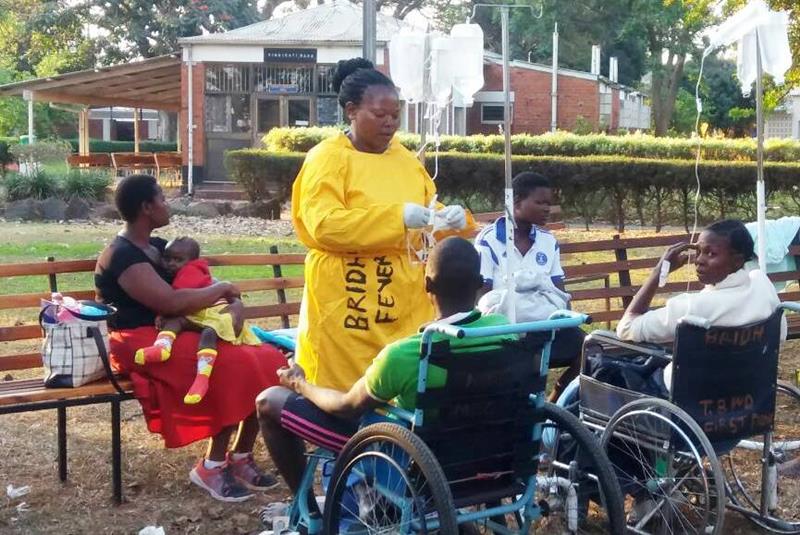 Mozambique, Zimbabwe and Malawi have suffered one of the worst weather-related catastrophes in the history of Africa.

We have all seen the heartbreaking images:
— raging waters;
— people stranded on rooftops;
— schools, hospitals and homes in ruins;
— an entire city — Beira — practically razed to the ground;
— and, enormous expanses of farmland — Mozambique&#39;s breadbasket — inundated on the eve of the next harvest.

The death toll across the three countries is at least 700, but with hundreds still missing.
The devastation has affected an estimated three million people, nearly two-thirds of them in Mozambique.

At least one million children need urgent assistance — and this number may well grow. We fear that whole villages have been washed away in places we have yet to reach.
There are reports that US$1 billion worth of infrastructure has been destroyed.

In many of the affected areas, electricity remains out. Goods are scarce or unaffordable. In Beira, a box of tomatoes that cost about 500 meticals one week ago now costs up to five times that much.
And while a break in the downpours is welcome news, the risk of further rains and flooding remains.

Today I want to reiterate my complete solidarity with the people and Governments of Mozambique, Zimbabwe and Malawi.
Emergency teams from the United Nations and our partners were on the ground from the start of the crisis.

Under extremely difficult conditions, we have been air-dropping emergency kits that contain food, medicine, water purification gear, and shelter to communities that are still stranded by the flood waters.

We have reached 100 000 people with food assistance and are scaling up to reach many, many more. The head of the World Food Programme is travelling to Mozambique as we speak.
We are flying drones to support disaster management authorities as they map out needs across the affected areas.

We are racing to prevent the spread of potentially deadly diseases. Stagnant waters, lack of hygiene and overcrowding are breeding grounds for diseases such as diarrhoea, cholera and malaria.  And we have heard today the appeal of the Mozambican related to cholera.

And we are working to protect children and ensure as little disruption to their education as possible.
I want to pay tribute to the humanitarian colleagues who are working around the clock to gain access to people in need, including in previously cut-off areas.

Our efforts are now turning to life-saving aid and reconstruction.
The UN Central Emergency Response Fund immediately allocated $20 million to help kick-start the response, in a decision that was immediately taken by my Under-Secretary-General for Humanitarian Affairs, Mark Lowcock.

Other countries have indicated support, for which we are grateful.
However, far more is needed.
We have launched a $281,7 million revised flash appeal for Mozambique, which  is a scale-up emergency — the most severe.
The revised appeal for Zimbabwe and the response plan from the government of Malawi will be issued in the days ahead.

I call on the international community to fund these appeals quickly and fully so that aid agencies can urgently ramp up their responses.

To strengthen UN efforts, I have named Marcoluigi Corsi to serve as Humanitarian Coordinator for Mozambique, and Sebastian Rhodes Stampa as his deputy, already stationed in Beira.  Both are highly experienced in steering UN efforts in crisis situations.

Let me also underscore that Cyclone Idai was an uncommonly fierce and prolonged storm — yet another alarm bell about the dangers of climate change, especially in vulnerable, at-risk countries.

Such events are becoming more frequent, more severe and devastating and more widespread, and this will only get worse if we do not act now.

That is why I am convening a Climate Summit in September to mobilize greater ambition on mitigation, adaptation, financing and innovation.  In the face of turbo-charged storms, we need revved up climate action.

The people of Mozambique, Zimbabwe and Malawi will need strong, sustained support.
Let that solidarity start with a generous response to the flash appeals.

I think this really demonstrates that we must be much more ambitious, both in mitigation, which means reduction of emissions — and it is not Malawi, or Zimbabwe or Mozambique that are contributing to those emissions.  Let’s not forget that 80 per cent of the emissions that are relevant to climate change come from the G20 countries.

So it is to the countries with larger economies that falls the responsibility to really be able to reduce emissions in a way that allows for this phenomena not to go on being worse and worse and worse. But at the same time, we need to invest much more in adaptation, in supporting these countries to be resilient in relation to this kind of storms; to support those communities to build resilience in relation to these kinds of storms.

For that, it is absolutely essential that the commitments made in Paris, namely $100 billion to support the developing world in relation to mitigation and adaptation, are indeed fully implemented.  So, let’s be clear, we are not winning this race. At the present level, things will get worse and worse.  We need to reverse this trend.

It is clear in situations like this that you have always three steps. One step is: rescue operation, to try to immediately find the people that were disappearing and give the first rescue response.
The second has to do with what we are now doing, which is basically humanitarian aid in all its dimensions, in all aspects related to alleviation of the suffering of the people. And starting reconstruction, as soon as conditions allow.

And then there is the third step, which is the rehabilitation and reconstruction that the country will need. I believe that, in devastation like this, the full reconstruction will probably take years.

Let’s be clear, this year’s harvest is lost in large parts of the country, and of course it will take a lot of time to fully re-establish working conditions for agriculture.

What we have presented now is a Flash Appeal. The name is clear: Flash Appeal is an immediate appeal. But it will be followed, naturally, by other more comprehensive appeals — both to cover the whole region, but also to cover a medium-term perspective of needs.

Thank you.
Guterres is the current Secretary-General of the United Nations.