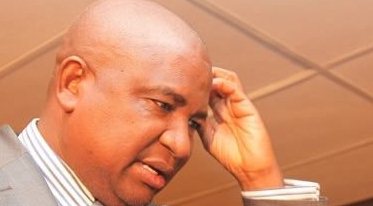 HARARE – The High Court has ordered the Zimbabwe Football Association (Zifa) to pay a collective amount of $600 000 to a committee that investigated the match-fixing deals that came to be known as the Asiagate scandals.

The High Court on March 7, this year gave the order for the applicants to be paid various amounts ranging between $39 000 and $204 000 after Zifa failed to respond to the application, leading to an order by default.

“Whereupon, after reading documents filed of record, it is ordered that: defendant (Zifa) pays the sum of $73 000 as and for first plaintiff (Ebrahim) together with interest thereon at the prescribed rate of interest from the 2nd of December 2013 to date of payment in full,” High Court judge Clement Phiri ruled.

He handed a similar order pertaining to requests by the other applicants, though with varying amounts.

According to the application, the eight were part of a committee that was set up by the then Zifa president Cuthbert Dube in October 2011 to investigate the Asiagate Scandal.

“The committee in accordance with the terms of reference was tasked with investigating allegations of match fixing, betting and corrupt practices amongst members or former members of Zifa and/or the national football team and/or support staff in what generally came to be known as the ‘Asiagate’ investigation.

“The committee amongst other duties was enjoined to take statements and record evidence relevant to its investigations; to enlist, if it became necessary, specialist to assist in the collection of information, data and evidence, to call witnesses/or suspects to answer questions at formal hearings and ultimately the committee was expected to present its findings in written form for Zifa with attendant recommendations for the consideration, possible execution and implementation of such findings and recommendations by Zifa,” the court heard.

According to court papers, the other applicants assumed office on October 24, 2011, while Maycock, assumed office in January 2012 as a special investigator.

“Services were rendered and expenses were incurred in connection with committee business by first to seventh plaintiff between October 24, 2011 to October 31, 2012, whilst 8th plaintiff rendered services and incurred expenses pursuant to committee business between January 1, 2012 to May 31, 2013 the whole of which amounted to $746 043, excluding payments received in partial discharge of services rendered and expenses incurred by the plaintiffs as committee members,” the court heard.

The court further heard that on different occasions, Zifa through its president made ad hoc payments in partial discharge of plaintiffs’ claims totalling $146 566, leaving a balance of $599 477.