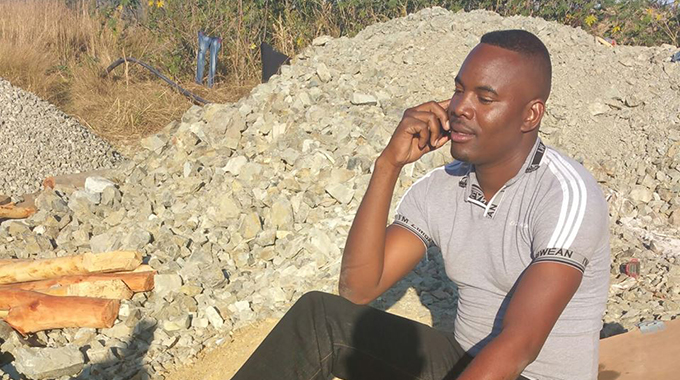 Blessings Chidakwa in Kadoma
A Kadoma businessmen and miner captured assaulting Pedzisai Mangisi of Chief Nemangwe area in Gokwe South for stealing from him in a 45-second video that went viral, has been convicted of assault. Litten Chikoore (35) of Waverley in Kadoma was convicted by Kadoma magistrate Mr Takudzwa Gwazemba on Friday last week after he pleaded guilty to the charge.

Earlier, prosecutor Mrs Gracious Chaminuka told the court that Chikoore assaulted Pedzisai Mangisi of Chief Nemangwe’s area in Gokwe South several times all over the body with a baton on an unknown date sometime in November last year at his mine in Kadoma. She said Mangisi sustained serious injuries following the assault and a medical report was produced in court as an exhibit.

Mrs Chaminuka said Chikoore deserved a custodial sentence as he was a potential criminal with previous three cases at the court which were all withdrawn before trial.

Mr Murambasvina, however, pleaded with the court to give Chikoore a non-custodial sentence arguing that he was a first offender who had co-operated with the police when he handed himself and assisted them to locate the complainant.
He also said Chikoore was the sole breadwinner for his two wives and six children and the complainant did not suffer serious injuries as proven by the medical report.