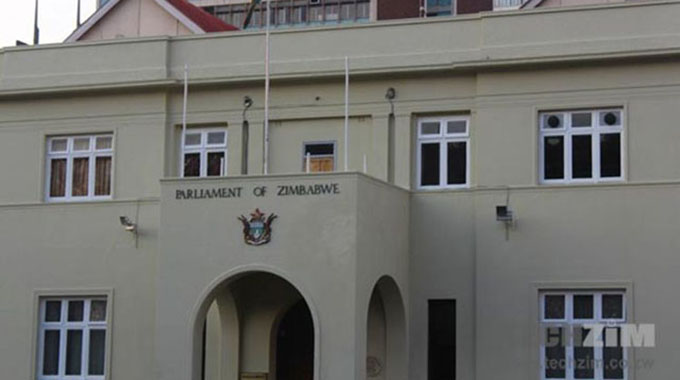 Legislators want the Audit Office Act amended to compel ministers to table all public sector audit reports in Parliament within a week of their completion and want the Standing Orders to state, in clear terms, that no one has a privilege to disobey summons by parliamentary committees.

This, according to the parliamentarians, was militating against the anti-graft fight.

Current laws give the minister discretionary power on whether or not to table a report in Parliament. There is no specific time-frame in which a minister is expected to take forensic and special audit reports to Parliament.

Some minsters have thus been sitting on forensic audit reports and other special investigation reports for months while they study them.

Following a recent delay by the Ministry of Transport and Infrastructural Development in tabling Zinara’s forensic audit compiled by Grant Thornton, the committee recommended changes to the laws.

The committee also had challenges with Zinara officials and some contractors who refused to appear for interviews during an inquiry into alleged malpractice and corruption at the parastatal.

“The Committee makes a finding that the current legal provisions pertaining to the tabling of reports needs to be harmonized with the Constitution to remove obstacles presented by Members of the Executive unwilling to have reports tabled.

“The provisions of Section 10, 11, 12 and 13 of the Audit Office Act are unclear and leave Parliament in general and the Public Accounts Committee in particular, hanging at the discretion of the relevant Minister whose state enterprise or local authority has been subjected to an inquiry.

“The Committee and Parliament have experienced similar challenges with other ministers and other forensic audit reports,” said the committee. Civil and criminal penalties must visit any officer who fails to submit or lay any report as described in the Act,” reads the recommendations by the special committee.

“The Standing Orders need amendment so that they make it clear that there is no privilege for those that are appearing before a Parliamentary Committee to give evidence. The Committee makes the strong finding that there is no legal privilege or protection that is available to a private actor that would have received state resources either by way of contract, donation or grant.”

The committee also proposes that All public sector audits, including special audits for central Government, state owned enterprises and local authorities, plus all reports of special investigations conducted in terms of Section 40 of the Public Entities Corporate Governance Act must be forwarded to the Auditor General within 14 days of their completion. The Auditor-General, according to the Public Accounts Committee, must in turn automatically submit to Parliament the concerned special report within 14 days of getting it.

According to the committee, the responsible minister must table the concerned report before the National Assembly within the next 7 sitting days after the completion of the audit.

“Where the minister fails to table the report as defined above, the Speaker of the National Assembly shall lay before the House the report on the first sitting of Parliament after the lapsing of the 7 sitting days above.

“Therein after, the relevant Committee must examine the report or the National Assembly itself must debate the report within 21 sitting days of its tabling,” the committee recommended.