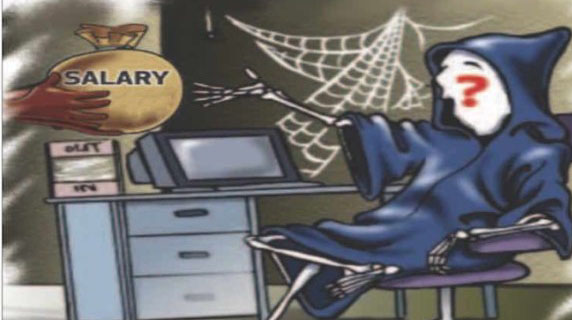 TREASURY has struck off 3 000 names from Government’s payroll after a recent headcount revealed thousands of ghost workers.

The Public Service Commission (PSC) recently undertook a biometric registration exercise for all civil servants under which personal and educational details were captured by both the PSC and the Registrar-General (RG)’s Office.

Registration was particularly for public service employees who are on the Salary Service Bureau (SSB) payroll.

The exercise, which was adopted by Government in partnership with the World Bank, seeks to rationalise the civil service wage bill by ensuring an auditable and verifiable head-count.

Public Service Commission Secretary Ambassador Jonathan Wutawunashe said thousands had been taken off the payroll as of last week.

The audit is still ongoing.

“We have made progress with this exercise to exclude those who had not registered.

“We will be doing so beginning end of this month,” he said.

“There are about 3 000 workers who failed to register with the RG’s office by the time of closing the registration process.

“By the end of last week we had finished removing those who had failed to comply with the registration regulations.

“We are going to assume that those who did not manage to register are no longer with the Public Service and therefore they will be struck off the SSB payroll.

“Remember, the exercise was to weed out ghost workers from the pay roll.”

“The PSC will continue to recruit. However, from now we will be using this kind of registration for our workers.

“We are still on course with the exercise despite the coronavirus pandemic. We are hoping to complete the exercise on time.”

The biometric registration of civil servants was commissioned early this year, in an exercise that is largely expected to help streamline the public sector payroll through eliminating ghost workers.

The exercise is running under three phases.

Phase one involves the registration of civil servants at various districts nationwide, while the second phase entails tallying the information captured during registration with details that already exist within the SSB.

The final phase involves validating data on the national database.

After all the processes have been completed, the system will then be commissioned.

“This a step in the right direction for the Government given that staff costs are taking a big chunk of the national budget,” he said.

“It is important for every organisation to pay for the service rendered, but in this case, Government has been paying  for services unrendered.”

A similar nationwide audit in Tanzania in 2016 managed to remove more than 10 000 ghost workers from the public sector payroll, helping save more than US$2 million per month.

President Mnangagwa has placed civil service reforms at the centre of his reform agenda, which includes Government spending.

Some of the measures include cutting salaries for senior civil servants, rationalisation of foreign missions, retirement of youth officers, public service retirements and introducing a head audit for civil servants.

Previous civil service audits undertaken by Government in 2011 and 2015 point to possible existence of workers that cannot be accounted for in the public service.

Over the years, economic experts have been exhorting Government to reorient spending from recurrent expenditure to capital projects.