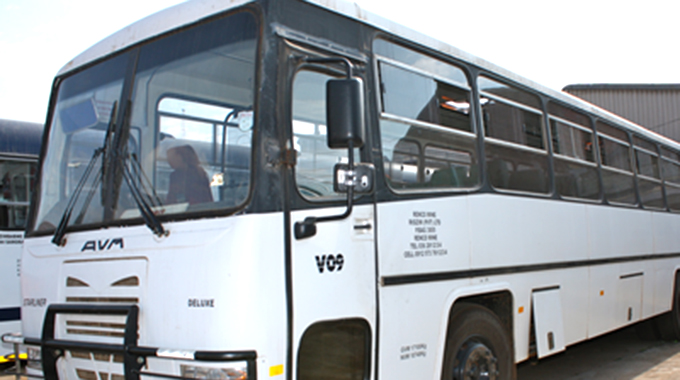 With a workforce of up to 2 500 at its peak, AVM Africa used to produce 40 buses per month some of which were exported to other African countries such as Zambia and Uganda before its fortunes took a severe knock at the turn of the millennium.

Its plant in Msasa, Harare, has the capacity to produce city, intercity and country buses powered by drive-lines like DAF, Scania, Mercedes Benz, Volvo, Iveco among other engine producers.

Speaking at a press briefing meant to announce the partnership, City Card chief executive Mr Ngonidzashe Matsenga, said he was confident the partnership will restore AVM Africa to its former glory and contribute to the country’s economic revival as envisaged in Government’s Vision 2030.

“I am told by the MD of AVM Africa that at one point 2 500 people used to work here, it is my dream, it is my desire to see the same kind of scenario again and to see the same industries, downstream, that used to depend upon AVM being opened and that is what we are about to do,” Mr Matsenga.

“We have partnered with, I would say, the fifth largest bus manufacturing company in China which produces 10 000 buses every year.

“We noted with concern that the public transport sector was highly informal and therefore very complex to effectively regulate.

“To this end and in support of Government initiatives, City Card would like to play its part by manufacturing buses locally in partnership with AVM Africa as opposed to bringing imported complete bus unit,” he said.

AVM took a knock from the economic decline that hit the country at the turn of the millennium and its plant utilisation capacity currently stands at five percent.

Speaking at the same event, AVM Africa managing director Mr Jacob Kupa, said he is confident the partnership will address the challenges that the firm has been facing.

“It is our hope that this partnership will definitely change the face of AVM Africa,” said Mr Kupa.

There was a time when AVM trucks and buses were major public service vehicles in Zimbabwe before the market was snapped by some companies that saw a void that they later filed.