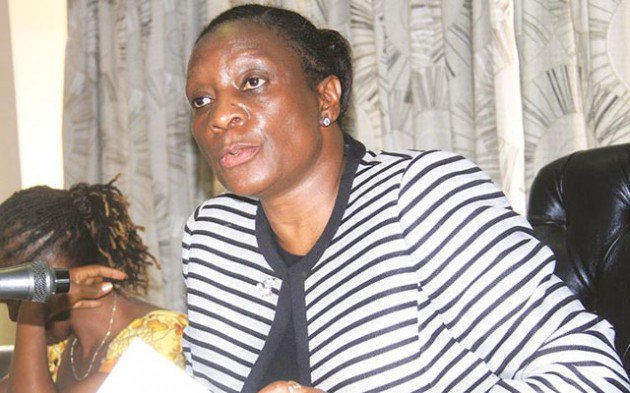 HARARE – The surprise resignation of Rita Makarau from the Zimbabwe Electoral Commission (Zec) is emerging to be part of an unravelling purge that will see more officials being pushed out of the elections management body ahead of this year’s elections, the Daily News can report. 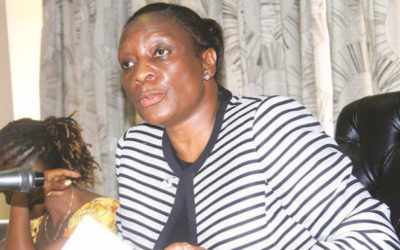 Makarau bowed out of the Zec chair in December last year, days after a new administration had swept to power on the back of a soft military coup that ended Robert Mugabe’s 37-year long rule.

Since her resignation from Zec, Makarau has refused to disclose if her exit was voluntary.

She has since been replaced by Priscilla Chigumba, a judge of the High Court.

The Daily News can, however, exclusively reveal that events unfolding at Zec suggest that Makarau was forced to jump ship and that more heads could roll as President Emmerson Mnangagwa’s administration cements its stranglehold on key State institutions.

Constance Chigwamba, Zec’s chief elections officer who could not be reached for comment yesterday, is the next in the line of fire after the commission’s board unanimously resolved recently to have her recalled.

A former permanent secretary in the Office of the President and Cabinet, Chigwamba was seconded to Zec by Mugabe from the Public Service Commission (PSC) in 2015.
Since then, she continues to be paid by the PSC.

To justify her removal from Zec, the architects behind her impending recall allege her loyalty is torn between her paymasters and the elections management body, which compromises its independence.

According to the Electoral Act, it is the prerogative of Zec to hire or fire and pay the commission’s chief elections officer in the interest of safeguarding its autonomy.

It is also being alleged that she has “authoritarian tendencies and is not being accessible to commissioners and Zec staff and therefore she has completely lost the trust and confidence of the commissioners which makes her position with the electoral management body tricky and untenable”.

Informed sources told the Daily News yesterday that a number of Zec officials with either policing or intelligence backgrounds also face an uncertain future with the new administration seemingly determined to find something that could stick against them.

As it is, the Zimbabwe Anti-Corruption Commission (Zacc), which has been accused of conducting its investigations selectively, is probing allegations of fraud, corruption and flouting of tender processes for election material.

Zacc is suspecting underhand dealings at Zec in the purchase of tents, computers and stationery for election-related purposes dating back to the 2013 general elections.

The anti-graft body has since been furnished with documentation regarding senior Zec officials who allegedly flouted tender processes in exchange for kickbacks and bribes.

Election watchdogs are, however, skeptical about the developments at Zec coming as they do a few months before crucial elections to be held in four to seven months.

The Election Resource Centre (ERC) said Zec must have clear processes of holding its own secretariat accountable without the Executive exerting itself in terms of influencing recruitment and dismissal of key personnel.

ERC director Tawanda Chimhini said the Electoral Act must be revisited to reinforce Zec’s independence by removing provisions that subordinate it to the Executive through the minister of Justice.

“The election administration body must, as a matter of principle, be guided by standards consistent with transparency, accountability and independence among others,” said Chimhini.

“Heading towards the 2018 elections, it will be crucial that such high standards are maintained to promote public confidence in Zec and the processes that it administers,” he added.

Analyst Vivid Gwede said the developments at Zec open a vista for the need to thoroughly assess the transparency and independence of the commission’s operations.
Gwede said it was worrying that officers of Zec have repeatedly been seconded to the commission in a manner undermining its proper recruitment procedure which should be independent.

“This justifies the calls that have repeatedly been made by opposition parties and election stakeholders that the commission needs to be reformed. It is also disturbing that the commission’s secretariat is under investigation for fraud when they should be readying for crucial elections.

“One hopes that Zacc’s investigation is not politically-motivated and that the Zec secretariat is not guilty of fraud, lest we might be seeing the brewing of an electoral commission scandal just ahead of an election. This would be a nasty prospect facing the forthcoming 2018 polls,” Gwede said.

Upon her appointment, Chigumba pledged to treat all stakeholders in a fair manner, maintain an open-door policy and ensure the nation conducts free and fair polls.

Chigumba served as a resident magistrate and provincial magistrate before being seconded to work as a senior professional research assistant in the Office of the Chief Justice before she was sworn in as Judge of the High Court on December 20, 2011.

The purge at Zec comes hard on the heels of vicious dismissals in other arms of government.

Last month, the dreaded axe fell on 11 high-ranking Zimbabwe Republic Police officers in a sweeping purge that seemed to be targeted at those perceived to be close to former police chief, Augustine Chihuri.

The purge has also extended to the Central Intelligence Organisation where some senior officers were retired, sacked or reassigned.

Following Mugabe’s forced resignation, a wholesale purge of officials aligned to him has occurred in Zanu PF where members perceived to be anti-Mnangagwa continue to face the chop and being replaced with those loyal to the “system”.