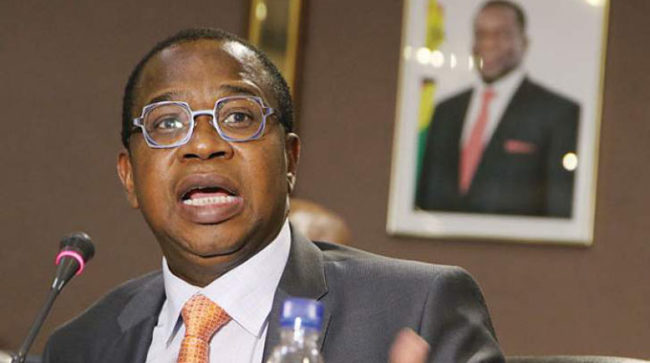 FINANCE minister Mthuli Ncube yesterday said President Emmerson Mnangagwa’s administration has been unlucky as some of its strategies to address the economic challenges bedevilling the country had been hampered by natural disasters.

Speaking at the Zimbabwe National Chamber of Commerce 5th Annual Business Review Conference in Harare yesterday, Ncube said despite having “perfect” reform policies to turn around the economy, the administration had been hard hit by natural disasters that include Cyclone Idai and drought, which have affected several sectors, including energy and agriculture, among others.

He said government was very optimistic before disaster struck, adding that what
bedevilled Zimbabwe was a classic example of being unlucky.

“Before long, we began to feel the impact of drought. Who gets a cyclone, and then another, then drought then power outages? That is a classic example of being unlucky,” Ncube said.

He said the tragic developments affected government projections in the agriculture and energy sectors and the country had not fully recovered from the effects.

Ncube, however, declared that austerity was now over and focus for the country was to maximise on production.

“Austerity is over,” he declared, but added that government would, therefore, not spend recklessly.

Energy minister Fortune Chasi said the energy sector remained in a crisis, adding that although he had been in the portfolio for months, it was as if he had been there for decades because of pressure.

“The situation remains critically constrained. Failure will lead to close of businesses,” Chasi said as he painted a gloomy picture of the energy situation in the country. He attributed the challenge to climate change.

“Our neighbours in South Africa and in Zambia are facing the same problem. We need a balance between supply and demand,” Chasi said, while threatening to push for a 30-year mandatory sentence for thieves vandalising energy infrastructure.

Mnangagwa told the gathering not to paint a negative picture of Zimbabwe to the outside world so as to attract investment.

“You must motivate international investors to come. If you go out there and say Kariba is dry and there is no electricity, are you marketing this country, saying the opportunities of electricity in Zimbabwe are galore?” he asked.

“We have a lake called Kariba, which can fill up anytime and we have 1 000 megawatts. We have thermal coal, we have sunshine from the 1st of January to the 31st of December.”

Urging people to work together to address the challenges Zimbabwe is facing, Mnangagwa said: “We are stronger working together, more brains or fewer brains, those with a vision and those without, let us all be one.”

Government has failed to turn around the economy for the last two years Mnangagwa has been in power and often attributes that to sanctions, among other excuses.

22 under monitoring for coronavirus

Tuku: The death of the HIV song