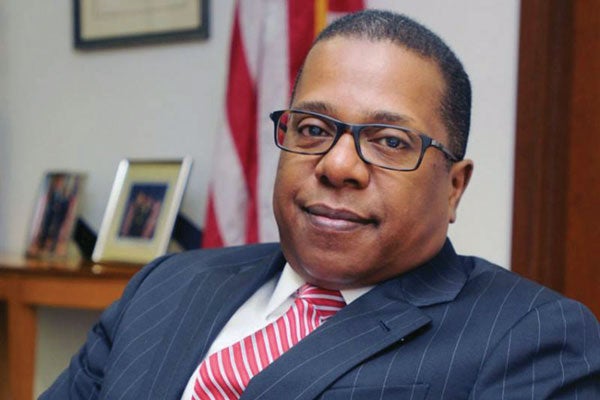 United Stated of America Ambassador to Zimbabwe, Brian Nichols yesterday said there was need for Zimbabwe to balance economic and political reforms to ensure access to international credit and financing.

Nichols made the remarks after paying a courtesy call on Parliament Speaker, Jacob Mudenda.

After a closed door meeting with Mudenda, Nichols told journalists that Zimbabwe’s reforms should be aligned before the conclusion of the International Monetary Fund (IMF) staff monitored programme in March 2020.

“Zimbabwe is engaged in broad economic reforms and working under an IMF staff monitoring programme which concludes in March 2020,” Nichols said.

“So it would be very important for the political reforms that are going on in Parliament to keep pace with the economic reforms to ensure that Zimbabwe is better able to access international credit and financing for a second stage and reform.”

“The future of Zimbabwe in terms of economic development will depend on the private sector globally and the reforms that are needed have been laid out by the Zimbabwean government and they just need to be implemented.

“In our discussion on the economic side, there is need for the reforms to have an improved business environment, investment protection through the rule of law and full liberalisation of the foreign exchange market. Those reforms are quite important to investors,” Nichols said.

He said discussions also zeroed in on freedoms that give liberty to the citizens of Zimbabwe.

“On the political side, we focused on reforms that ensure the rights of freedom of speech, free assembly and representation in a democracy,” Nichols said.

Other issues discussed included the electoral reform process, re-engagements, legislative consultations, access to information and personal privacy, economic reforms and the oversight role of the Parliament which Nichols said were all extremely important in a democracy.