Banning health workers’ strikes is not the answer 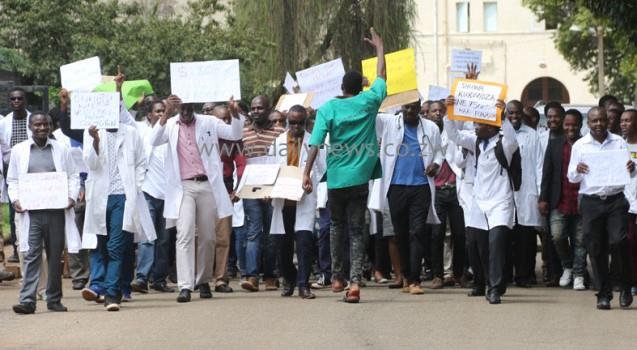 THE government’s plans to ban strikes by doctors and nurses may not produce the intended results because, if anything, this will only reduce the democratic space workers have of airing their grievances employers.

It appears the proposed introduction of the Health Services Amendment Bill is meant to have complaints against the employer swept under the carpet as employees will the be afraid of getting the axe.

Health minister Obadiah Moyo — during a post-Cabinet briefing on Tuesday — said doctors will now be allowed to air their grievances under a prescribed period of time.

While the purported concern for people’s lives shown by the government seems to make sense, the obtaining general state of the health services sector leaves a lot to be desired.
Health workers’ conditions of service have been a major issue that has led to strike action over the years.

But it is also correct to say poor service, shortage of drugs, high costs for health care services, poor infrastructure at State health institutions have not helped the sector in any way.

Some national referral centres have not had running water for quite some time and yet they are institutions expected to perform intricate surgical procedures at times.

In any democratic environment, the free expression of people’s views must remain central as one of the key freedoms enjoyed globally.

When governments curtail these, there is a likelihood of confrontation with citizens.

The doctors — and other workers in the health services sector — and indeed other employees in government and the private sector, are struggling from the current economic problems that appear inherent in Zimbabwe. Salaries of those in employment have been eroded by run-away inflation.

Resorting to coercive action in order to enforce consent is one thing government must never attempt when there are other options like dialogue and negotiation available.

While we do understand that those who work in the health services sector must view their work as a calling, where they should put the lives of the patients ahead of their own demands, they should be allowed to complain over issues of remuneration and other conditions of service.

A team that is well-rewarded is more productive and ensures the achievement of organisational objectives.

The language of banning sounds militant and intimidatory and is bound to push employee morale to the lowest levels, which is counter-productive.