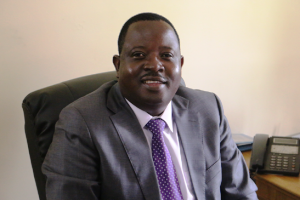 HARARE – The Community Working Group on Health (CWGH) has condemned the obstruction of injured citizens from emergency medical services in the wake of the violence that rocked the country during the stay-away.

CWG executive director Itai Rusike expressed concern over the consequences of the current situation of violence against citizens’ rights to health and health care.

Rusike has slammed this behaviour and called upon government to ensure that citizens’ right to medical treatment are not infringed upon.

“Urgent action should be taken to prevent and deal with such acts of violence and that health services should be safe zones.  The State is responsible for ensuring the right to life and access to health services, and thus the protection of health workers and clients seeking health care.

“To this end the CWGH calls for active measures to take decisive action against any person obstructing a citizen access to emergency medical services or interfering in the delivery of that emergency service,” he said.

CWGH has also urged government to take decisive action against perpetrators of violence and assault on citizens and to ensure that any victim of injury, assault or other acts of violence are afforded normal and reasonable access to emergency medical services.

“Acts of violence perpetrated against ordinary citizens, (through beatings and gunshot). Abduction and threat of physical assault are too many to list. Protection of health facilities and creation of safe zones demands some form of preventive policing,” Rusike said.

This comes after Zimbabwe Association of Doctors for Human Rights a total (ZADHR) released a report sharing critical information on the human rights crisis in the country following the outbreak of the violent protests.

According to the report, 172 people injured were attended to. Sixty-eight of the cases were from gunshot wounds whilst the remainder were from assaults with sharp objects, booted feet, batons, sjamboks and tarmac abrasions.

The doctors’ association described the state’s response as disproportionate, pointing out how some patients were brutally dragged out of the hospital against doctors’ orders.

“ZADHR also witnessed with shock and condemnation the dragging of patients with life-threatening conditions to court. There are cases of patients who had chest trauma (haemopneumothorax) and fractured limbs (femur) that were forcibly taken from hospital to attend court despite the advice of doctors.

“ZADHR has on record that 17 individuals have to date undergone emergency surgery as they had life-threatening conditions. More cases continue to be reported to the association as many people were barricaded from communicating and accessing treatment facilities,” the doctors said.