THE water situation in Bulawayo’s eastern suburbs has further deteriorated after the local authority cut supplies following a pipe burst 5km from the Fernhill reservoir. 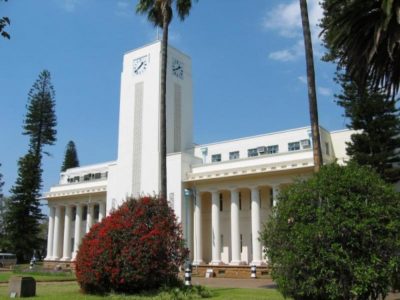 The city council recently implemented a 120-hour water-rationing programme due to low levels at its supply dams as a result of successive droughts in catchment areas and challenges in balancing its raw and clean water reservoirs at the Criterion water treatment plant.

Town clerk Christopher Dube on Monday evening advised residents that water supplies were being cut all day yesterday to allow for repairs.

“The City of Bulawayo would like to advise members of the public that there has been a burst on the 30-inch pipeline 5km from Fernhill. As a result, council will be implementing an emergency shutdown on the line to facilitate and effect the repairs,” Dube said.

Due to a tight water-rationing regimen, residents in Pumula South, Old Magwegwe and Emganwini high-suburbs are reportedly sleeping in water queues at boreholes and bowser water delivery points to access the precious
liquid.