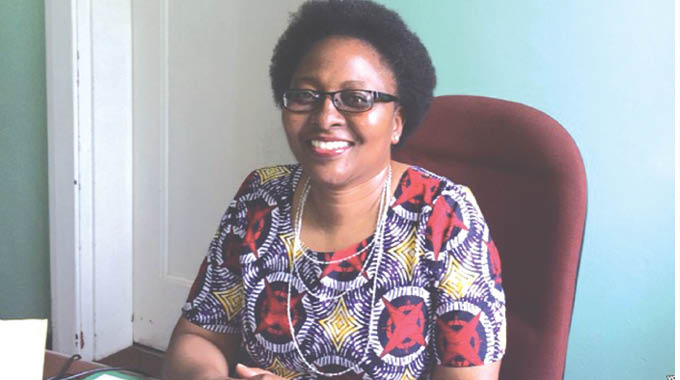 Robin Muchetu, Senior Reporter
THE Bulawayo City Council has been slammed by residents for failing to adhere to its own provisional water supply restoration schedule published daily with suburbs tabled to have water supply not receiving the precious liquid.

Some residents have said they were planning to pool resources together to drill boreholes in their neighbourhoods.

“There is a schedule that is published every day but all the time it is inaccurate, council will have said certain areas are getting water supply but that never happens. We assumed we could plan using these schedules but that is not the case,” said Mrs Nomuhle Mkhwananzi a resident of North End.

However, BCC senior public relations officer Mrs Nesisa Mpofu said the restoration schedule was based on water levels at reservoirs and was subject to change.

“The Water Supply Restoration Schedule is based on the city reservoir levels. These are read and collected primarily three times a day, in the mornings, lunchtime and end of working day. The Water Supply Restoration Schedule is then drawn based on the lunch time levels, as this is to allow for a window period for the circulation on social media such that residents are accordingly made aware.

“These reservoir levels read and taken between lunchtime and end of day at times do not remain constant and can either appreciate or depreciate due to factors such as stoppages to pumping or treatment at times attributable to power supply interruptions.

“Once there is depreciation in any of the reservoirs it then becomes a challenge for the areas fed by that concerned reservoir to be opened as circulated as the new reservoir level would be lower than that permissible for the opening.

“This is done in order to protect the affected reservoir from collapsing,” she said.

Mrs Mpofu said council was facing mounting challenges that were preventing it from supplying water.

“As valves are opened in the reticulation system for water to circulate to the areas intended for opening as shown in the Water Restoration Schedule, bursts at times occur due to air ingress.

“In such cases the areas with the bursts are subsequently isolated and closed to contain water losses and facilitate pipe repairs thus affecting areas further but supplied by the dysfunctional pipe.”

She said varying altitudes was also a factor that was coming into play in the supply of the water.

“It should also be noted that when water supplies are restored, demand shoots up as multitudes of households simultaneously tend to draw off from their taps at the same period. This also compromises available pressure at that particular time though in this particular instance after two to three hours when households have drawn almost enough the system pressure may stabilise as the water demand declines.

“Water, unlike electricity which reaches various places instantaneously, takes time to reach intended destinations and invariably does so. This results in delayed delivery or arrivals with as much as a delay of five to six hours depending on the uptake and draw off of those areas that are not that distant from the zone connection,” she added.

“We have not had water for long periods, when the water is restored, it is only to particular parts of the suburb and not all households and the water barely fills a 20-litre bucket,” said Mr Dickson Sibanda who is in the Community Water Project.

A council official said residents who wish to drill community boreholes had to approach council so that they are advised on areas suitable for such an initiative and other guidelines to be followed.

The residents said they were appealing to council to avail bowsers to eastern suburbs. As a result of the water crisis some bulk water suppliers are cashing in by selling water to desperate residents.

The city has more than 356 boreholes with only four percent of these situated in the eastern suburbs such as North End, Southwold, Bellevue and Newton West.