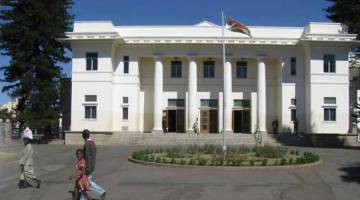 BULAWAYO City Council on Friday announced a proposed $2,85 billion supplementary budget to sustain its operations for the remainder of this year.

The council also announced a $17,1 billion proposed budget for 2021, lamenting the ballooning debt owed by ratepayers which hit the $441,6 million mark, from $182,9 million in January this year.

He said the budget deficit was necessitated by the economic upheavals being experienced in the country, which he said also justified the $17,1 billion proposed budget for 2021.

Ndimande said the 2020 budget could not last to the end of the year as it was eroded by exchange rate variations, price increases, inflation and human resources expenses, thereby leaving the council with no option, but to propose a supplementary budget.

“The supplementary budget is necessitated by the unstable exchange rate movement and the inflation now at 837%,” he said.

Ndimande said on the $17,1 billion 2021 budget, the capital budget expenditure is expected to be $10 billion while the revenue budget will be $7,1 billion.

He also said the amounts the council owed to creditors and the debt that ratepayers owe the local authority were impacting negatively on service delivery.

“We also owe creditors the sum of $401,8 million and this has been due to the debtors and we appeal to ratepayers to pay up their debts to council so that we are able to service the debt we owe creditors and service the city.”