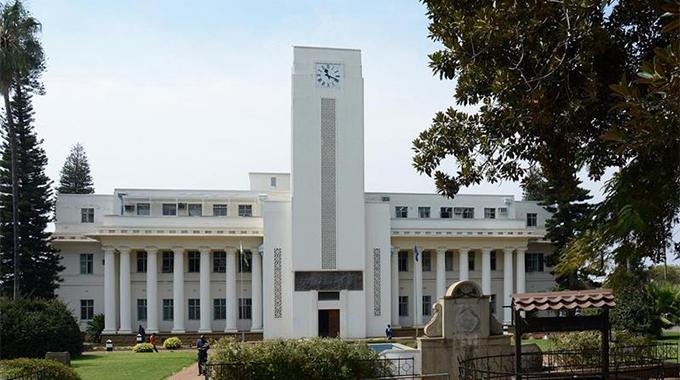 Vusumuzi Dube, Senior Municipal Reporter
THE Bulawayo City Council is headed on a collision course with Government after council rejected a directive to have senior Government officials attend full council and committee meetings.

Last month, the Ministry of Local Government and Public Works sent a circular to all councils directing that all full council and committee meetings will be held in the presence of the Provincial Development Coordinator (PDC) or District Development Coordinator (DDC) or their designated officials. The Ministry noted that this was necessitated by a series of corruption cases in local authorities that had seen the arrest of councillors and council technocrats.

It was further said the move was meant to safeguard national interests as technocrats in local authorities were allegedly deliberately starving councillors of adequate information leading to them making ill-informed decisions on national matters.

However, according to a council confidential report, BCC officials said it was impossible to implement the directive as it was against the Urban Councils Act. In a note for consideration by the city’s Town Clerk, Mr Christopher Dube argued that according to the law only himself and the Chamber Secretary, Mrs Sikhangele Zhou could attend council committee meetings.

“It is clear (from the Urban Councils Act) that generally only the Chamber Secretary and Town Clerk can attend every meeting of a committee. However, a Town Clerk normally needs the expertise of certain departmental heads, hence their invitation to committees where their expertise is needed. The Mayor therefore is not legally mandated to make a standing invitation to anyone, only chairpersons can invite someone for a particular matter, and not as a standing invitation…The circular therefore is difficult to implement without flouting the law,” reads the report.

The Town Clerk cited the audit council committee where he revealed that the Mayor was not permitted to attend the meeting as it was only open to the committee members and the external auditor.

“Chapter 14 Section 265 of the Constitution of Zimbabwe- membership of councils- states that this is confined to the elected representatives- the councillors. However, the coordination between Central Government and local levels must be provided for in an Act of Parliament. Currently, the only Act of Parliament is the Urban Councils Act. This Act has not been aligned with the constitution and its provisions remain valid to the extent that they are not ultra vires the constitution, the circular in question contradicts the Urban Councils Act,” said Mr Dube.

Meanwhile, the Urban Councils Association of Zimbabwe (UCAZ) has written to the Ministry seeking clarification on the directive. The association called for dialogue on the matter noting there was a need for the Ministry to state the full reasons of issuing the directive.

“The association noted that the directive was of a general nature, with no intention of council specific incidences of non-compliance to the constitution, Statute law, Government policy and circulars. Notwithstanding the legality of this directive, the association has advised its members to seek clarification on the nature and extent of the non-compliance with a view to take corrective measures.