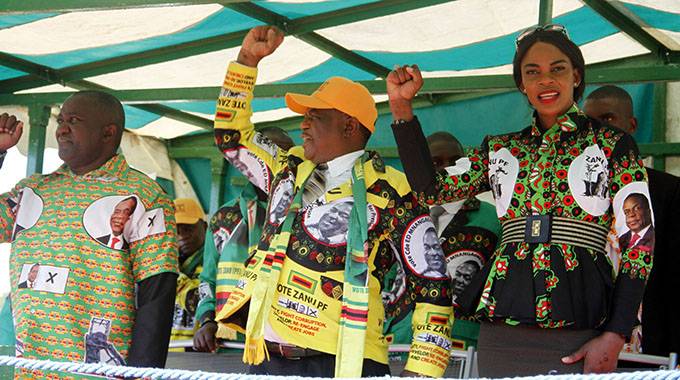 George Maponga in ZAKA
Vice President Constantino Chiwenga yesterday urged Zimbabweans to be patient with the new administration led by President Mnangagwa as it deserves more time to fully complete its programme of rebuilding the economy. VP Chiwenga said Government was focused on steering Zimbabwe into a middle income economy by 2030.

Addressing hundreds of Zanu-PF supporters at a rally held at Mutsambwe Secondary School in Zaka North, to drum up support for President Mnangagwa and the ruling party National Assembly candidate Cde Robson Mavhenyengwa, VP Chiwenga said Government was working flat out to bring the country back into the community of nations through its re-engagement efforts. 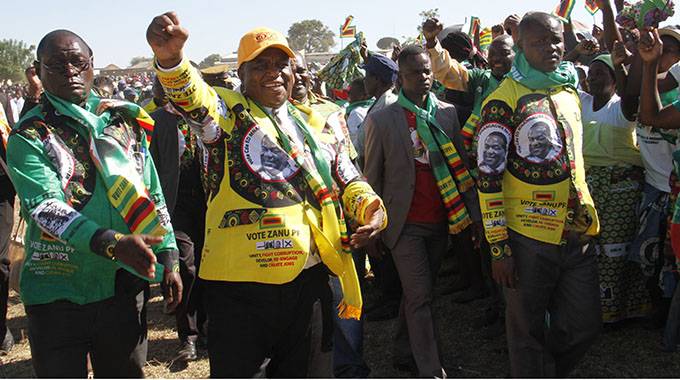 “The new administration led by President Mnangagwa has been running around to make sure the country fully recovers and my appeal to you is that let us be patient and work together, pulling in the same direction in unity,’’ he said.
VP Chiwenga appealed for peace in the forthcoming harmonised elections set for July 30.

“Let us hold the coming elections in peace so that we continue building our country,” he said. “Jobs will be galore, among other benefits. We should stop fighting and antagonising each other unnecessarily. We will never go back to the past and we will enjoy the fruits of our rebuilding programme. Let us be patient.

“Some of us, we are in the sunset of our lives, but we want to build a better Zimbabwe for future generations. We do not want the future generations to curse our graves when they walk past them. Let us open a new chapter of a Zimbabwe that is devoid of conflict.

“What was happening (under the previous regime) where some people publicly harangued others is now behind us. Let us act as if nothing was happening.’’

VP Chiwenga said next month’s harmonised polls were a constitutional requirement.
“We will hold elections next month after we rectified problems that were there, in November last year,” he said. “President Mnangagwa had to proclaim dates for the elections as per the constitution. We will go for elections, but we buried the past.
“We will continue with good things that were happening in the past, but leave out the bad. Be assured, however, that we will never go back to the past.’’

VP Chiwenga urged Zimbabweans to shun tribalism and regionalism, saying the country should always be united.
“We need to unite and have more friends and few enemies,” he said. “Even in our own homes, can we antagonise everyone who comes our way? If you have many enemies you end up not even knowing where your problems come from. We must have friends in Africa and throughout the world and that is the only way we can build a prosperous Zimbabwe that future generations will be proud of.” 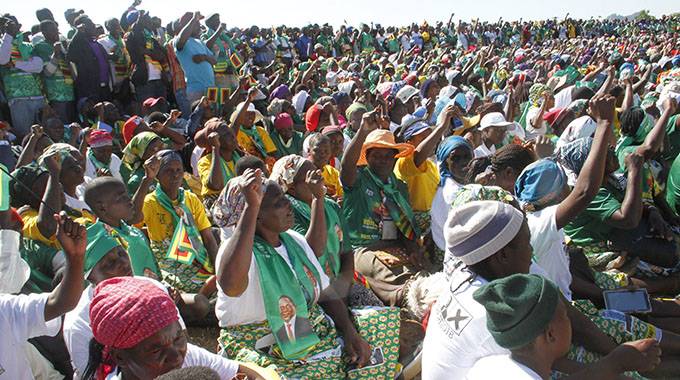 VP Chiwenga urged Zimbabweans to massively vote for President Mnangagwa and Zanu-PF on July 30, as a way of paying tribute to the good work he has done for the country in a short period of time.

He said President Mnangagwa was working tirelessly to ensure investment came to Zimbabwe, and so far over $16 billion worth of investment had been pledged.

He called on Zanu-PF supporters to bury divisions that might have been caused by primary elections and work together to ensure overwhelming victory for the ruling party on July 30.

“Let us unite and forget what happened during our primary elections,” he said. “There is always next time. We say no to independent candidates. Let us rally behind the winners.’’

VP Chiwenga said no individual was bigger than Zanu-PF and called all aspiring Zanu-PF candidates who contested in primary elections in Zaka to come on stage where he ordered them to publicly pledge to support those who won. 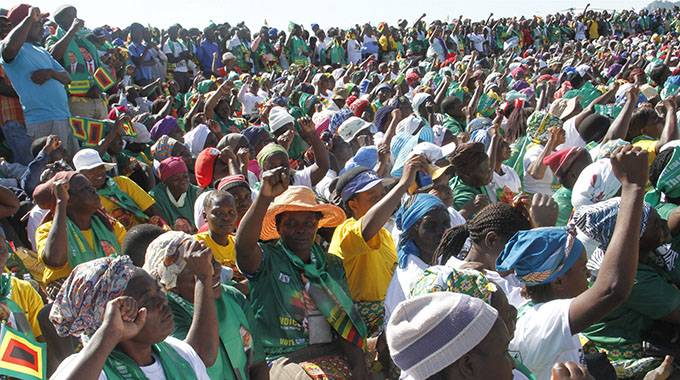 He also slammed corruption, saying it negatively impacts on the economy. VP Chiwenga revealed that Government was working on a new law to deal with money changers, while efforts would be intensified to make Zimbabwe a cashless economy hinged on the use of plastic money.