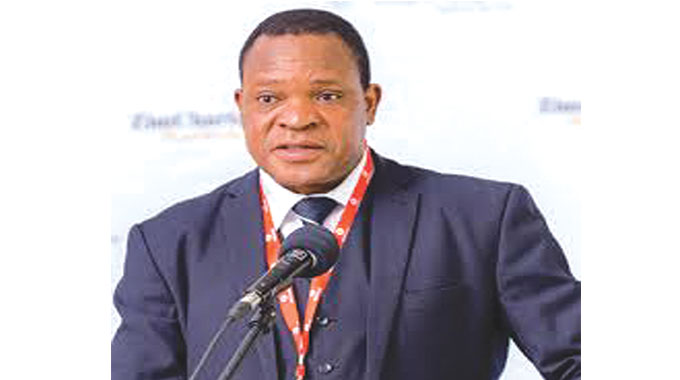 Munyaradzi Musiiwa, Sunday News Reporter
THE Government has instructed all beneficiaries of the land reform programme to submit mandatory production returns of their production done on their farms as Government moves to ensure optimum land utilisation and productivity while those that fail to do so will lose their land.

In a statement, Land Agriculture, Water and Rural Resettlement Minister Dr Anxious Masuku said Government is in the process of identifying multiple ownerships, abandoned farms, derelict farms and underutilised farms so that they would be redistributed to other people.

Dr Masuka said there were more than 200 000 people on the farm waiting list in all provinces and Government will repossess all farms abandoned, derelict and underutilised as well as repossessing land from multiple farm owners.
He said Agritex officers will be moving around farms assessing the land utilisation and verifying the return report done by farmers.

“It must be noted that the 18 000 A2 farmers and 360 000 A1 farmers are privileged to have had been given an opportunity to lease land as there are over 200 000 applicants on the provincial waiting list for land.

In preparation for the exciting transformative journey, it has become necessary to invoke the powers under the Agricultural Marketing Authority Act (Chapter 18.24) to cause A2 and A1 farmers to submit mandatory production returns by January 31 2021 on the form obtainable from the Ministry’s Monitoring and Evaluation Unit and website as well as the ministry’s offices countrywide.

Agritex officers shall visit farms and submit separate verification reports. The information gathered shall assist the ministry to support Provincial Land Committees in carrying out the new policy guidance on land focusing on prioritization for redistribution of land in categories of multiple land ownership, abandoned farms, derelict farms and underutilised farms,” he said.

Dr Masuka said productive farms that exceed the stipulated farm sizes of 500 hectares shall be spared in the farm downsizing and land redistribution exercise.

He said those farmers who fail to submit the production return reports by 31 January next year will lose their farms.

“Productive farms exceeding the maximum farm sizes for the respective agro-ecological region shall be exempted for now from downsizing until further guidance. The Ministry’s Monitoring and Evaluation will visit farms for verification. Farmers submitting false information shall risk losing offer letter letters.

Farmers who fail to submit information shall be deemed to be in the categories of multiple land ownership, abandoned farms, derelict farms and underutilized farms and their farms maybe offered to the Provincial Land Committees for consideration for reallocation to deserving candidates on the waiting list,” he said.

Dr Masuka said Government would want to transform more than 370 000 farmers into viable and agricultural entrepreneurs.