Be wary of the Ides of the tobacco marketing season!

Source: Be wary of the Ides of the tobacco marketing season! | Herald (Opinion) 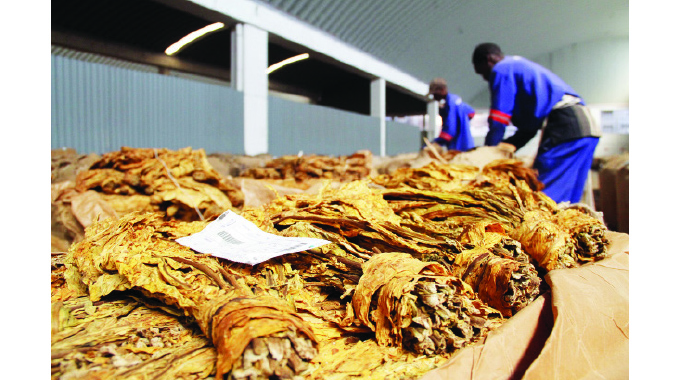 Quality does not seem to be one of the key influencers considered when coming up with prices for the golden leaf.

FIVE successive tobacco marketing seasons and one indigestible narrative on both opening and closing price ceilings that refuse to go away!

This sums up the disturbing trend that has come to characterise the tobacco marketing season from the day it starts to the end.

It has become so obvious that prices on the first day of the marketing season seem to have been predestined to never go beyond US$4,99 per kilogramme.

Forget about the quality that keeps improving yearly because quality does not seem to be one of the key influencers considered when coming up with prices for the golden leaf.

It also seems to be fast becoming the norm that the highest price for the season, particularly at the auction floors, does not breach US$6 per kilogramme or even come close to doing so. Statistics from the 2016 to 2020 tobacco marketing seasons are showing a very discouraging trend, which seems to suggest that our farmers are not improving with experience in terms of the quality of tobacco they are producing.

While some people may argue that the tobacco sold on the first day is always of the lowest quality since the stuff comprises mostly primings, it is not rocket science that we have very experienced farmers who now know the tricks of their trade and can easily improve on the quality of their produce to earn more.

Remember some or many of the farmers growing the crop today used to work for former commercial farmers whose farms were designated for the land reform programme and know what they should do to improve the quality of their crop.

This simply means that primings or no primings, some of the farmers should at some point earn beyond US$4,99 and demystify this trend that seems to suggest that there is no forward movement whatsoever.

Figures coming from the contract floors during the same years seem to suggest that there are no better farmers there than at the auction floors, which is not true.

These guys share notes and do most of the things communally and only go separate ways when it comes to the funding of the crop yet the differences in prices is quite telling.

Even figures for the seasonal average prices for auction floors from 2016 to 2020 tell the harrowing story of a once-flourishing project that is being slowly suffocated through unfair pricing structures by merchants that always behind the lame excuse of farmers having delivered ‘poor quality’ produce.

One honest observation is that the excitement that used to punctuate tobacco marketing seasons has since died and receded into the distant horizon.

When most of the current crop of tobacco farmers embraced the crop at the conclusion of the land reform process, the farmers reaped very good rewards that saw most of them doing a lot in terms of improving their socio-economic situations.

Most farmers in the communal areas had even managed to build decent modern houses, buy more cattle, motor bikes, televisions and above all, fund their farming activities independently, but all this vanished as quickly as it had begun to show.

Today, just a fraction of those farmers can self-finance, thanks to the low prices tobacco has been fetching in recent seasons, which pushes many to suspect that some of the current contractors may have a hand in it.

Of late contractors have reportedly been taking turns to fleece farmers out of their deserved earnings by reneging on contractual agreements but in subtle ways that left the farmers feeling indebted to the former.

It is encouraging to note that the Tobacco Industry and Marketing Board (TIMB) managed to sniff the rot and came up with a new code of conduct for contractors that seeks to protect both the farmer and the contractor from unfair business ethics. Under the new regulations, TIMB will ensure that either party (farmer and contractor) played their roles as stated in the contractual agreements.

It is, however, still critical for both TIMB and critical stakeholders like Government to find ways of eliminating unscrupulous buyers prowling the farming communities every year buying the crop for a song from desperate farmers before selling it for much higher prices after regrading and re-packaging.

In most cases some of the farmers that fall prey to these dodgy buyers would have produced the crop under contract arrangements, which puts the farmers in a collision path with their sponsors.

Such a development is very sad for the tobacco industry because it heralds a slow death of a sector that is vital in the generation of foreign currency, which the economy so direly needs.

The economy becomes highly liquid each time the tobacco season is underway, which makes it important for all stakeholders to ensure the sector remains vibrant through the enactment of policies that make the playing field even for everyone.

It is also crucial for the Reserve Bank of Zimbabwe (RBZ) to continuously review the foreign currency retention percentage for the farmers in line with developments in the country’s economic performance to further empower the farmers.

Having said all this, let us wait and see what fate has for the farmers when the tobacco marketing season opens tomorrow April 7, 2021.