Beast’s moment in the sun 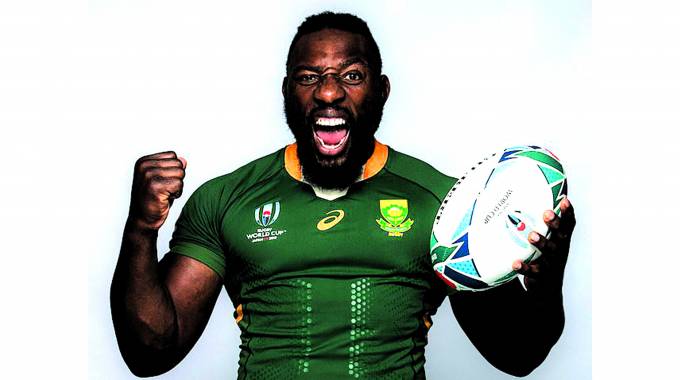 Somewhere in the modest suburb of Hatfield, Harare, Bertha Mtawarira yesterday watched anxiously, and in unison with the rest of the world, as her son Tendai “Beast” Mtawarira played a crucial role that inspired South Africa to a World Cup title.

For a nerve-wrecking 80 minutes, Bertha was on the edge of her seat as the Springboks powered to a 32-12 victory over England at the International Stadium Yokohama in Japan.

The Boks got their tries from Chesline Kolbe and Makazole Mapimpi, while Handre Pollard chipped in with six penalties and two conversions, as opposed to Owen Farrell’s four penalties for England.

However, after all the dust, joy and jubilation, only Springbok captain Siya Kolisi and the Beast stood head and shoulders above the rest.

This was truly Mtawarira’s moment in the sun.

It was also the best way to call time on an international career that spans over a decade and includes 117 caps.

“I just want to thank God, words cannot express my gratitude. Through Him, all things are possible.

“I spoke to Tendai briefly this morning (yesterday) and he told me how nervous and excited he was.

“I encouraged him to go for it. I was confident they would win. He played very well, in fact the entire team played well,” she said.

Sadly, Bertha could not watch the match with the rest of the family.

Her husband Felix was at his sports club, where he plays tennis, and their other son Raymond and daughter Lisa were away.

Raymond watched the game at his home in South Africa.

He also said he is extremely proud of his brother’s achievement.

“I watched the game at home with a couple of mates and really enjoyed it, “said Raymond.

“It has been a long and tiring road for my brother. Lifting the cup was the best way he could have called time on his international career.

“He has always been a focused, determined and hardworking person. All those elements came together in his performance.

“This game will always be my favourite,” said Raymond.

The Mtawarira family said since the victory, it has been bombarded with congratulatory texts and calls from friends, relatives and other well-wishers.

“My phone has been ringing off the hook since the game ended, people have been calling and texting,” said Raymond, with Bertha also saying, “I have received 20 calls and countless messages so far. I expect more to come.”

Social media was also awash with congratulatory messages directed at the man-of-the-moment himself.

The Zimbabwe Rugby Union (ZRU) wrote on their official Twitter page: “Congratulations to South Africa on winning their 3rd Rugby World Cup with a 32-12 victory over England. Tendai Mtawarira, you beauty! Enjoy the celebrations lads.”

“Tendai Mtawarira (searched Google) is a monster!” wrote another.

However, of all the tributes that poured in, none were more celebratory than that of England’s Dailymail’s Chris Foy.

Below is a small extract from his match report:

He went off remarkably early, in the 44th minute, but by then the Beast had driven England to the edge of the precipice.

His scrum onslaught propelled South Africa towards their third Rugby World Cup title; and Mtawarira played like it was 2009 all over again, a decade on from his famous demolition of the Lions pack in a Test series opener in Durban.

His astonishing demonstration of power left England in reverse gear and in a state of disarray.

The departure of Kyle Sinckler in the third minute deprived Eddie Jones’ side of their leading tight head and his under-study, Dan Cole, was subjected to a brutal ordeal.

The Leicester veteran has built a long career out of set-piece know-how, but he had no answer to the brute force of the Beast.

There were clues before kick-off that the Springboks No 1 meant business.

When the South African anthem was played, the players in green belted it out with gusto.

The cameras captured Mtawarira as he finished singing, with eyes bulging and a look of focused intensity on his face.

He was ready to wreak havoc, which is just what he did.

This was a glorious peak at the end of what has been a glittering career.

The veteran prop has now played 117 Tests for his country and none will have given him more pleasure than the one today (yesterday).

He began his international career just after the Boks had won the 2007 World Cup. All the years of hard graft since then have been a fervent quest to emulate that epic feat.

When the medals were being handed out on the Yokohama Stadium pitch, noone deserved one more.

There were times in the last 18 months when the Beast appeared to be a fading force, as Steven Kitshoff emerged as a younger alternative at Loosehead.

He made six appearances as a replacement in the space of nine matches, but he would not accept that reduced role.

Having come off the bench in South Africa’s World Cup opener against New Zealand, Mtawarira was promoted into the starting XV and has kept his place ever since.