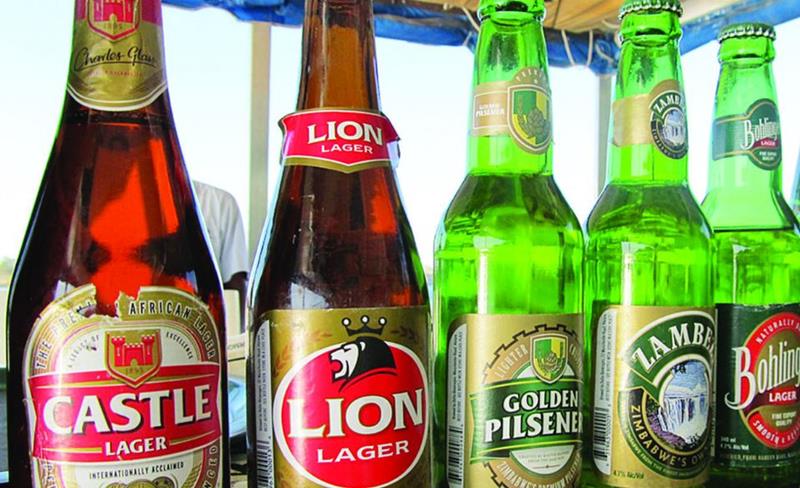 BEER guzzlers, who do not usually feel the pinch of escalating prices of basics, must now dig deeper in their pockets for a pint of ale after Delta increased prices by over 50 percent on Valentine’s Day.
Although Delta, which is citing runaway operational costs as well as shortages of foreign currency for inputs, was in January forced to reduce the prices following a government intervention, this time around it seemingly had very few  options. The prices of beer which were only two months ago reasonably low are now averaging $2 a pint while a 750ml bottle is now being sold at $4 or more, a price that is far beyond the reach of many.

Because of the increases in the prices of beer, watering halls that are usually teeming with revellers on Fridays and Saturday nights were deserted with only a few who have the wherewithal being the last men standing. In a notice, Delta Beverages said the price increases were “effective Thursday, February 14, 2019, with a 350ml pint of the popular Castle Lager going up from a $1 to a recommended retail price of $1,50 while a 750ml bottle is now recommended to sell at $3.

However, a snap survey by the Daily News on Sunday showed that the bottle stores and other drinking spots are selling the wise waters at a higher price than the recommended prices. The Zimbabwe Stock Exchange-listed company is the largest producer of lager and traditional beer, Coca-Cola franchised sparkling and alternative non-alcoholic beverages.

It has investments in associate companies whose activities are in cordials and juice, wines and spirits. Confederation of Zimbabwe Retailers (CZR) president Denford Mutashu confirmed the increases yesterday saying retailers have to pass on the prices to consumers following the price hike by Delta.

“Delta has increased prices citing costs and as retailers we have no choice but to pass it to the consumer, but it is unfortunately coming at a time when the economy is facing many challenges, obviously there is resistance on the market and we also hope that the increase by such a big supplier will not have direct or indirect effects on other suppliers. “The formal channel sell at the recommended prices but then there are so many backyard bottle stores and it is those that do not sell at the recommended retail price,” said Mutashu.

Delta Corporate Affairs executive Patricia Murambinda was not picking up her mobile phone yesterday, however, last month the listed company issued a circular to its customers announcing its decision to sell its products in the elusive US dollars (USDs).

The company cited the unavailability of foreign currency as the reason why it was taking that decision which however saw a swift intervention by government. The resultant saw Delta withdrawing its notice to sell exclusively in hard currency following a tense meeting with vice President Constantino Chiwenga.

Beer supplies have been going down in recent months as producers are struggling to get foreign currency to sustain their operations.
As the prices of beer continue to increase there are fears that people will turn to illicit drugs in a bid to get drunk.