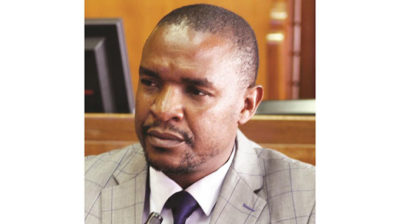 BEITBRIDGE-Chirundu Highway remains the route of choice within the Sadc region despite completion of the Kazungula Bridge by Zambia and Botswana, Transport minister Felix Mhona said yesterday.

Mhona said this while on a tour of Beitbridge Border Post, which is set for a $300 million upgrade.

He said Beitbridge’s other advantage was that the route was 200km shorter, and the border had modern and efficient systems that were preferred by logistical companies.

“Any logistical company will choose the route up north, through Beitbridge because of its advantages and it being shorter by 200km,” Mhona said.

“I have come to monitor progress that has taken place since I was last here in April and must hasten.”

Phase one of the project is set to be commissioned by President Emmerson Mnangagwa at the end of September.

Mhona said the phase would include a new freight terminal, goods and scanner facility, gate houses, commercial area roads and parking, a Vehicle Inspectorate Department office and a maintenance house for contractors, Zimborders.

He said apart from COVID-19 restrictions, the border post remained operational with little or no interference to traffic.

The construction projects at the border include 246 houses for the Zimbabwe Revenue Authority, which is currently renting a hotel and many private houses.

A large water reservoir which will be constructed is likely to end water problems in the town.

“We all know about the upgrade of the Beitbridge-Harare-Chirundu Highway which is progressing well. Most of these projects should be completed by 2023, although we are keen to be earlier than that,” he said.

The Transport minister said the upgrade of Beitbridge was six weeks ahead of schedule, as revealed by Raubex, the company sub-contracted to give the border post a facelift.

He said the project would also create jobs for locals.

“We are also developing at least seven airports, and we are taking some of them from the military to create a climate for domestic air travel,”he said.