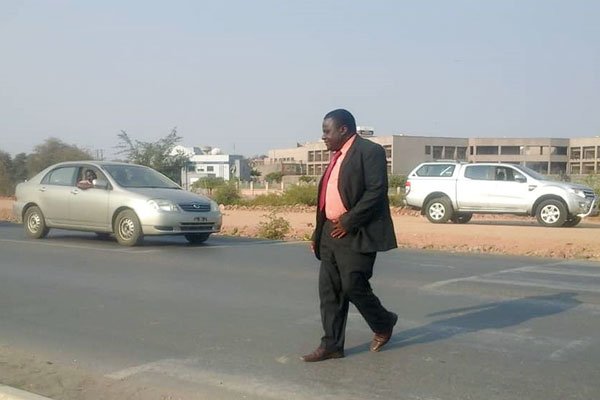 THE Beitbridge Municipality recently got the green light to build two pedestrian fly-over bridges at two black spots on the highway cutting across the border town to the border post.

The two spots, one adjacent to the National Social Security Authority (NSSA) building and another one near St Joseph’s Primary School, have claimed several pedestrians’ lives.

“There is no problem in Beitbridge Municipality building that foot bridge. If such a need exists, they may,” Chinyanga said.

The Beitbridge Municipality last week wrote to government requesting approval to construct the bridge, which they hope will reduce accidents involving pedestrians.

The letter, signed by town clerk Loud Ramakgapola, alternatively requested for speed grids along all roads leading to the border post.

“It has come to our attention that there are a number of accidents at the crossing (pedestrian) opposite NSSA building and St Joseph’s Primary School. We request that the department of roads constructs rubble strips,” part of the letter gleaned by the Southern Eye read.

Ramakgapola said there had been an increase in motor traffic in the border town, which exposed pedestrians to accidents.

Motorists in the border town, taking advantage of lack of police visibility on the roads, have become a danger to themselves and other road users through reckless driving.

Two local government workers were hit by cars at one of the pedestrian crossings, where a school head Thomas Gumbo was also killed by a pirate taxi at the same spot.

Beitbridge residents have called on traffic police to rein in errant drivers, most of whom are believed to be unlicensed.

“Our roads are a jungle. Traffic police have not been visible ever since they were stripped of power to collect spot fines,” Beitbridge resident Mennias Moyo said.