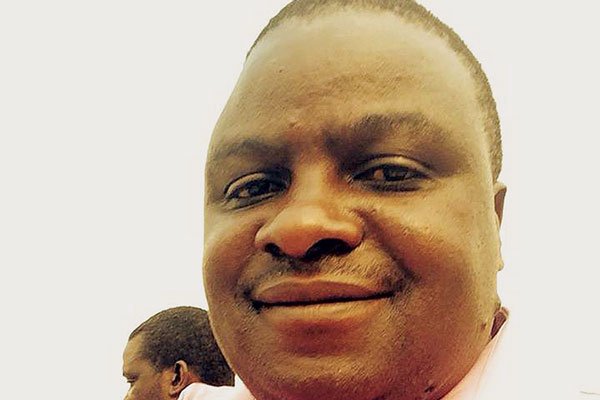 BEITBRIDGE Municipality, expected to reap a good chunk off spin-offs from the expansion of the Beitbridge Border Post, has already received ground-paving bricks worth thousands of dollars for use in the central business district (CBD).

Town clerk Loud Ramakgapola said the local authority would soon start paving designated areas in the CBD at the same time encouraging shop owners to pave the frontage of their shops in line with the town’s urbanisation drive.

“We have received some paving bricks. We expect them to cover a lot of space in the central business district. This is in line with our urbanisation drive. We have identified a section of the area we are to start with,” he said.

“We will pave the roundabout in Dulivhadzimo and sections of the road vulnerable to damage by heavy vehicles that are numerous in our transit town.

“We have a challenge on the roads because of lack of equipment. We intend putting gravel on some sections and then grade. This is dependent on us getting equipment to hire. We have, of late, faced difficulties in hiring equipment for the road works.”

Beitbridge, which is home to the region’s busiest border post, faces budget constraints as it is overwhelmed by the amount of traffic that clears everyday at the border post.

This stretches the small municipality’s resources, which have also been depleted by lack of proper maintenance affecting service delivery.

Over the years, Beitbridge has relied on government for assistance in the maintenance of its roads and other services.

Ramakgapola, however, thanked Zimborders, a company contracted by government for the massive multi-million-dollar expansion of the border post.

During the ground-breaking ceremony of Beitbridge’s expansion work last year, President Emmerson Mnangagwa said upgrading the town was part of the deal struck with Zimborders, whose work has now started gathering pace.

A large area close to the Limpopo River bank has been availed for the expansion of the parking space for heavy vehicles.

The parking space will include sections for trucks, buses, small vehicles and pedestrians to create a seamless trip for travellers and goods between South Africa and Zimbabwe.

Modern schools, an international airport, civil servants houses and a new vehicle inspection depot are all included in the plan set to be rolled out in phases.

Mnangagwa, who has since agreed with South African President Cyril Ramaphosa to jointly upgrade Musina and Beitbridge, then asked Zimborders to participate in the modernisation of Beitbridge as part of the company’s corporate role.

Recently, Beitbridge was given more land so that it expands and grows by a radius of 10km from the Limpopo River.

“We are inviting investors to come and join our vision as the country’s fastest growing town. We are ready to discuss incentives and other packages for investors. We want universities and other institutes of higher learning to come and acquire land for expansion projects,” he said.

Ramakgapola said after the Easter holidays, the municipality would start paving in order to change the outlook of the border town.