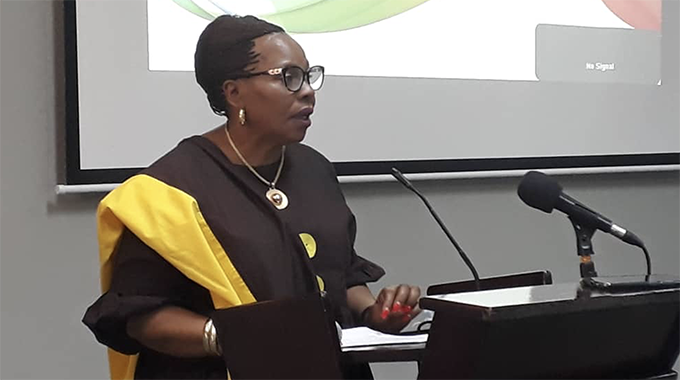 Herald Reporter
The second phase of the Belarus Farm Mechanisation Facility to the tune of US$51 million is set to raise the tillage area and give impetus to the land reform.

This was said by Information, Publicity and Broadcasting Services Minister, Monica Mutsvangwa, while addressing the 37th post-Cabinet media briefing on Tuesday.

The second phase of the programme that brings an assortment of farming implements, follows the successful launch of the first phase last month worth US$51,9 million.

“Under the second phase, the Republic of Belarus will supply an additional US$51 940 149 worth of farm mechanisation equipment, following the successful launch of the first US$51 million facility on 30th September, 2020,” said Minister Mutsvangwa.

The 1 337 tractors, five disc harrows and 16 combine harvesters to be supplied under Phase II will raise the mechanised tillage area by 133 700 hectares. The implements for the tractors will be acquired locally since Government has already started the process of capacitating local industry to manufacture tractor-drawn implements.

Through this approach, the country will get more tractor units, save on foreign currency and capacitate the local industry.

Dr Masuka presented a proposal on toll manufacturing of dipping chemicals for the national dipping programme, which was adopted by Cabinet.

This followed challenges faced by farmers across the country and the heavy livestock losses due to tick-borne diseases.

“Under the programme, the Department of Veterinary Services will procure imported raw materials, while Chemplex (Corporation) locally produces materials required for the manufacture of the dipping chemicals, said Minister Mutsvangwa. This will ensure that the major challenge of shortage of foreign currency is overcome.

Large savings in the total cost of production will also be realised when the Government imports the raw materials from international suppliers and Chemplex concentrates on toll manufacturing for Government.”

The minister said Cabinet was briefed by the Ministry of Health and Child Care that it was updating guidelines on the wearing of face masks by children in order to strengthen the control and prevention of infection in schools and communities.

“Regarding the supply of testing consumables, it is worth noting that the 21 080 Gene Xpert cartridges in stock are sufficient for over six months, giving room for the country to stock up on other consumables required,” she said.

On resumption of domestic and international flights, Minister Mutsvangwa said Cabinet had been updated that two laboratory firms had commissioned Covid-19 testing facilities at international airports and entry points in readiness to handle increased human and vehicular traffic.

She said there had been an increase in attendance of teachers at schools in Masvingo, Matabeleland North and Manicaland provinces in the previous week since schools reopened.

“The Ministry of Primary and Secondary Education will this week conduct field visits to assess school preparedness for the impending Phase 2, which will see Grade 6, Form 3 and Form 5 learners resuming classes,” said Minister Mutsvangwa.

On protection and support for vulnerable groups, she said 51 308 beneficiary households were paid $30,8 million under the urban Cash for Cereal Programme.

She said 66 509 beneficiary households were paid $39,9 million allowances for the Covid-19 cushion.