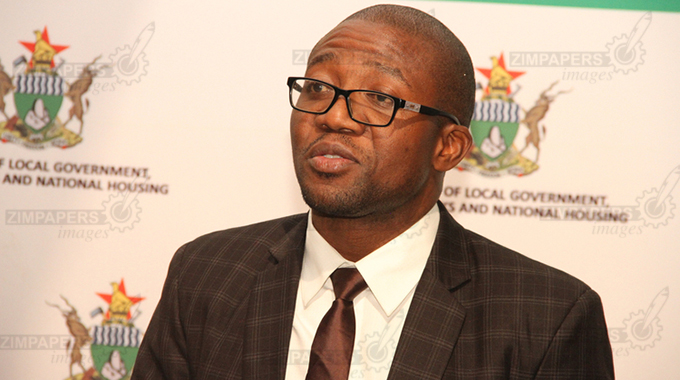 Galloping prices of basic commodities, which were experienced in the past week, were caused by big companies that injected cash on the parallel market causing volatility in the exchange rate, but corrective measures by Government has yielded instant results, Industry and Commerce Minister Mangaliso Ndlovu has said.

Speaking to our Bulawayo Bureau yesterday, Minister Ndlovu said Government will not hesitate to descend on businesses found on the wrong side of the law.

Pressure continued to mount on retailers to downwardly review prices as the parallel market exchange rate tumbled to between $13,5 to $14 to the US dollar by end of day yesterday.They had previously risen to a peak of $22 by Thursday.

“There is nothing that has been driving prices save for the (parallel) exchange rate and because of certain activities that were taking place in the market. I think there was excess liquidity being injected into the black market, which pushed rates even higher than the official interbank exchange rates,” he said.

Government, he added, acted quickly to contain the situation by putting some measures through banks.

“However, prices take time to adjust, but it is really unfortunate because we cannot have rates being driven like that, to the extent that it affects the whole economy…I believe corrective measures by Government have given us almost instant results.”

Some businesses wantonly raised prices on account of the volatility of the exchange rate.

“Government continues to be concerned  about the escalation in prices of basic commodities. While, we concede that the new monetary measures and the drought may have contributed to the current price movements, we do not believe such movements are justified in all cases.

“We have observed with increasing concern a tendency within the business sector to randomly increase prices without reason or cause, except that of greedy profiteering,” he said.

The Reserve Bank of Zimbabwe (RBZ) swiftly intervened after it issued a directive to freeze transactions of all accounts involving Sakunda, Access Finance, Spartan Security, Croco Motors and related entities.

Finance and Economic Development Minister Professor Mthuli Ncube argues that the actual rate should be around 1: 5,6 to the US dollar, but arbitrage and speculative activities have been distorting rates.

“There are several limitations both conceptual and concerning the availability of data, when trying to establish the appropriate exchange rate for Zimbabwe.

“It quantifies the Zimbabwe dollar exchange rate based on the real exchange rate with South Africa, deriving the normal exchange rate that would keep real purchasing power of the currencies at 2011 levels, a year of relative macroeconomic balance.

“For August 2019, the most recent period for which the necessary data is available, this suggests a nominal exchange rate of about $5:6 per US dollar,” he said.

Yesterday, most illegal foreign currency dealers in Harare and Bulawayo were left to count their losses after they had bought the US dollar at high rates for resell at a premium.

The trend is expected to continue on a downward spiral.

A snap survey in Harare’s central business district (CBD) showed that prices of basic commodities have markedly risen, with a 10kg mealie meal going up to up $41,99 from $35, while 2kg bag of flour is now pegged at $31 from $22 last month.

The Reserve Bank of Zimbabwe (RBZ) has since moved to control the exchange rates on the formal market, announcing new measures that will tighten the screws on currency speculators.

In a statement on Friday, the central bank said all interbank trades shall be processed at a margin of plus or minus 7 percent of the interbank mid-rate.

The Bureaux de Change were also restricted to sell foreign currency to individuals for foreign travel upon submission of a passport.

Cash limits for personal travel allowance were set at US$300 per day, per travel, and up to a maximum of US$10 000 per year.

In addition, Bureaux de Change are now required to endorse passports of travelers who would have purchased foreign currency.

The central bank also called for the business travel allowance of US$400 per day, and up to a maximum of seven days per travel to be strictly monitored.

“Non-compliance by any Bureau de Change shall result in the imposition of heavy financial penalties, as well as revocation of the operating licence.”

“There was loss of confidence in local currency driven by greedy individuals who are manipulating the rate at their personal interest. This caused suppliers to demand cash upfront instead of payment plans from the suppliers, who increased prices to cover the cost of the unpredictable, he said.

“These unjustified price hikes of basic commodities and services are causing immense suffering among millions of Zimbabweans, the majority of whom are unemployed or underpaid,” he said.