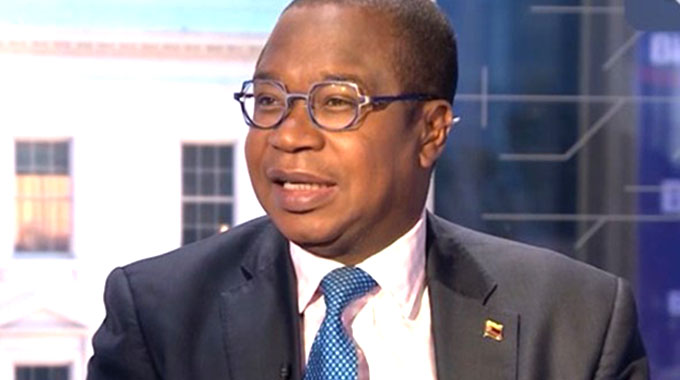 Herald Reporter
THE Government has gazetted the Finance Bill (H.B.4, 2020) to give effect to the fiscal changes proposed by Finance and Economic Development Minister Professor Mthuli Ncube when he presented his Mid-Term fiscal policy review in July.

The Bill seeks to give effect to proposals on tax, value-added tax, customs and excise duties and mining royalties, which were made by Prof Ncube.

In his statement, the minister raised the tax-free threshold to $5000 while those earning $100 000 and above would be taxed at 40 percent with effect from August 1.

According to the Memorandum, Clause 2 of the Bill will amend section 4A of the Finance Act that requires certain taxes to be paid in foreign currency in specified circumstances.

“The effect of this amendment is to update the cross-reference to the relevant taxing provision under Chapter VII of the principal Finance Act.

“The clause will also create a presumption that all taxable amounts received are received in United States dollars, unless the recipients of the amounts furnish invoices or other documentary proof to the contrary,” reads part of the Memorandum.

Clauses 3 and 4 of the Bill will amend section 14 of the Finance Act that prescribes income tax paid by various classes of taxpayers.

“With effect from the 1st August, 2020, this Bill proposes to alter the income bands used in the calculation of income tax for the balance of the year of assessment, and in doing so will increase the tax-free threshold to $25 000,” further reads the Memorandum.

The Bill also sets out exemptions from taxation of “receipts and accruals of the Victoria Falls Stock Exchange will be exempted from tax as well those of any special purpose vehicle (SPV) initially wholly-owned by the Infrastructure Development Bank of Zimbabwe wherein private sector contractors, in return for a share in the equity of the SPV, undertake to construct on-campus student accommodation at any public institution of higher or tertiary education.”

Clause 14 of the Bill will also amend the 13th schedule of the Income Tax Act to exclude US dollar denominated Covid-19 civil servants’ allowance introduced by Government in June.