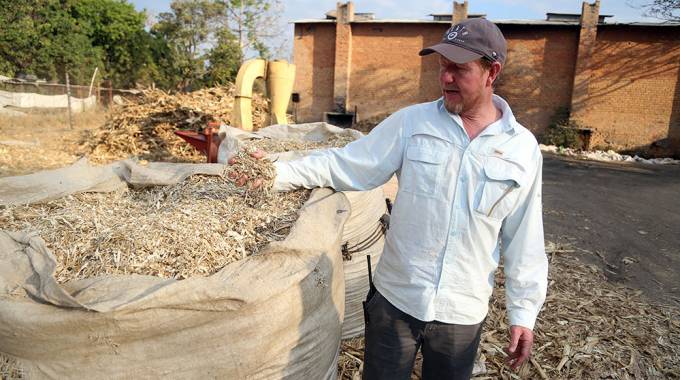 GOVERNMENT has tabled a multi-billion dollar offer towards infrastructure compensation to about 3 500 white former commercial farmers whose land was appropriated by the State during the Fast Track Land Reform Programme.

President Mnangagwa announced last year that the Government had opened negotiations with British authorities seeking assistance in raising over US$3 billion required to compensate the ex-farmers.

Under the 1979 Lancaster House Agreement, the British Government pledged technical and financial assistance for land redistribution, an obligation the Britons later reneged on.

The Sunday Mail understands that the farmers have since begun consultations on the new offer with an announcement set to be made “soon”. Nearly 1 000 farmers have since 2018 received partial payments from the Government for improvements they made while still on the farms. Over 900 mostly elderly former landowners, who are struggling financially, have registered for compensation under the Interim Relief Payment Scheme being co-ordinated by the Government and the Commercial Farmers Union (CFU). Government has paid out $55 000 each to around 700 farmers over the last 12 months under the scheme.

CFU director Mr Ben Gilpin said most farmers have been paid up to 15 percent of their total packages by the Government.

“Around 370 farmers received compensation for improvements over the years; some in the hyperinflation period before 2008,” said Mr Gilpin.

Lands, Agriculture, Water, Climate and Rural Resettlement Minister Perrance Shiri could not be drawn into commenting.

Compensation of white ex-farmers is at the centre of Government’s multi-pronged reform and re-engagement thrust and is seen as the final leg of the land reform programme.

In March, Government unveiled regulations providing for the option of repossession or compensation for farms which were protected under Bilateral Investment Protection and Promotion Agreements (BIPPAs) and Bilateral Investment Treaties (BITs) during the land reform programme.

Indigenous farmers who lost farms can now apply to repossess the land under new regulations. In an interview with The Sunday Mail last year, President Mnangagwa said payment of compensation for developments on expropriated land was a constitutional obligation which Government was determined to fulfil.

Said President Mnangagwa: “There are two principles here; the first one is that we must be seen to be respectful of our own Constitution.

“And our Constitution bids us to pay compensation on improvements on land; we do not pay compensation for land because no one brought land to Zimbabwe; land was found here by those who came here.

Compensation for improvements made on the land is in line with the Constitution and Zimbabwe’s obligations under the Bilateral Investment Promotion and Protection Agreements (BIPPA).

Section 72 of the Constitution stipulates that where land is acquired for a public purpose, “no compensation is payable in respect of its acquisition, except for improvements effected on it before its acquisition.”

Further, Section 295 states the only two circumstances where land is compensated is for; “any indigenous Zimbabwean whose agricultural land was acquired by the State before the effective date is entitled to compensation from the State for the land and any improvements that were on the land when it was acquired.