VILLAGERS in Binga, Matabeleland North, do not have access to clean water despite their proximity to the Zambezi River, exposing them to disease, the Zimbabwe Peace Project (ZPP) said. 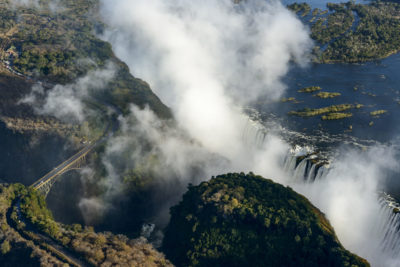 In a report dated April 25 to May 3, based on surveys conducted in Binga, Chiredzi, Mutoko, Mutasa and Matobo in line with its community peace-building initiatives to gauge the lived experiences of community members on key issues during the COVID-19 lockdown, ZPP said communities found it difficult to collect and store water.

“Binga, despite its proximity to the Zambezi River, has chronic water shortages, due to inadequate infrastructure. Currently, spring water and community boreholes are available and adequate due to the just-ended rainy season,” reads the report.

“Water for the regular hygiene protocol recommended by healthcare experts during the COVID-19 outbreak is adding a strain to households which are currently finding it difficult to collect and store water. Water is a basic right and should be available for all and the government should make sure that happens.”
Binga North legislator Prince Dubeko Sibanda (MDC Alliance) yesterday confirmed that the community was experiencing clean water challenges.

“Water infrastructure is the work of the government. The (Ian) Smith regime promised Binga people when it relocated them from the Zambezi River that water would follow them, but failed to fulfil that promise, the same with the Zanu PF government,” Sibanda said.

“Government must provide water infrastructure, boreholes are not an answer to the water problems in communities. We cannot have people and their livestock drinking from boreholes. We do not have a government. People need clean water for domestic use, drinking and for agriculture.”

Sibanda said the Zanu PF administration neglected Binga people because since independence they have been voting for the opposition, that is Zapu and MDC.

“I have talked about this problem time and again in Parliament and those people do not care about us in Binga,” Sibanda said.

“Where have they been drinking water from all this time if they say they have water problems? It is the first time that I have heard that Binga people face water problems. What I know is that the Binga community has access to clean water. Zimbabwe National Water Authority uses electricity to pump water to the residents unless there is no electricity that is when they experience water problems,” Moyo, who is also the Zanu PF provincial chairperson, said.

ZPP added that schools and community members in Chiredzi in general and Chilonga specifically were reportedly drawing water directly from Lundi River as most boreholes were down.

“This poses a risk to the community as river water is untreated. In Mutoko peri-urban, water is supplied by Zimbabwe National Water Authority. However, the supply is erratic and only available three to four days a week. Surveyed households in rural Mutoko indicated that they accessed water from dams and underground water sources,” ZPP reported.

“Respondents expressed high levels of fear and anxiety about the future, particularly economic activity and the health of the communities and families. Due to the lockdown, the surveys are carried out telephonically and, therefore, encounter challenges regarding telecommunication networks to administer the survey and probe at length issues raised.”