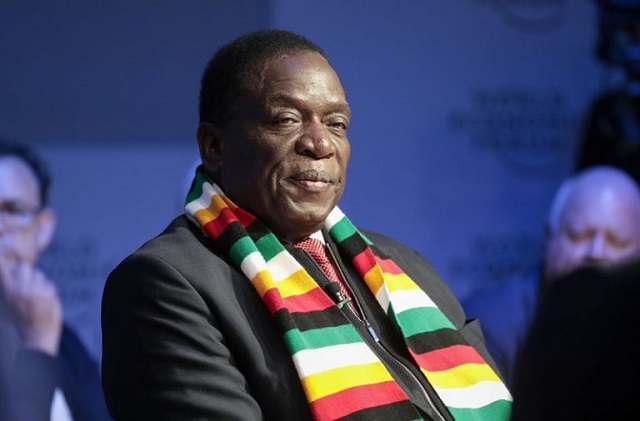 Vincent Gono and Debra Matabvu, Sunday News Reporters
GOVERNMENT is going to put in place a time-lined raft of measures which include developing a biometric register of all civil servants on Government payroll as it moves to tighten screws in its quest to eliminate leakages through ghost workers, President Mnangagwa has said.
In his weekly column in this paper and our sister paper The Sunday Mail, where he walked the readers through his meeting with business leaders at State House held last week, the President reiterated the need for cut-throat measures that would ensure that Government expenditure is reduced.

“A time-lined raft of measures on that front will be announced soon, including an exercise in developing a biometric register of all civil servants on Government payroll which should eliminate leakages through ghost workers,” he said.

He also urged millers and bakers to enter into contract farming arrangements with farmers to grow wheat, instead of making a beeline to the Reserve Bank of Zimbabwe (RBZ) to be allocated foreign currency to import wheat.

The President said he was going to embrace the idea of a business council to advise him and Government. He described how his visitors did not ask why there was no bread for their breakfast meeting.

“State House could not raise bread at all for the handful of businessmen and women who sat for breakfast! Much to my disappointment, my business guests did not ask why. As a result I had to park away my short, sharp answer which I had composed in readiness for them! State House does not bake bread; industry does.

“But the opportunity was not lost entirely. The discussions which followed were remarkably frank and honest. One contributor reminded us that “bread is wheat”, adding Zimbabwe has the soils, the water, the cold, the seed and the expertise to grow the wheat she needs.

“Yet over the years, she has only managed enough wheat to last for about three or less months in a year, with the requirements for the rest of the year having to be met through expensive imports from as far afield as Canada, Russia and Brazil,” he said.

President Mnangagwa said as much as US$16m was spent monthly on wheat imports saying deliberations were made that the amount could be saved if farmers start supporting farmers to grow wheat.

“Our millers and bakers make a beeline to the Reserve Bank of Zimbabwe which does not grow wheat. They queue at the RBZ for foreign currency they need to import wheat! The same story goes for soya beans which grow very well here, and whose present national output is adequate for just one month! For the remaining eleven months we import the product at US$20 million a month.

“Quite needlessly, we have become an import-dependent economy in areas where we have the means, but lack the will to produce. Wheat and soya should come from our land and not from imports. This requires business partnering Government and the farmer under contract farming arrangements,” he said.

Meanwhile, our Harare Bureau reports that the Public Service Commission is examining the roles, functions and mandates of Government ministries and departments as part of a process to come up with a new civil service structure.

Government is creating a leaner and more effective civil service capable of delivering on President Emmerson Mnangagwa’s vision of an upper middle-class economy by 2030.

More than 158 994 civil servants are on Government’s payroll, with about 123 000 (23 percent) employed by the Ministry of Primary and Secondary Education.

The new civil service structure will be tailor-made to suit ongoing devolution of Government functions.

The Executive, Ambassador Wutawunashe said, set the tone for the restructuring via limiting the number of line ministries to 20.

“The second level at which the civil service will be reduced entails a clearer definition of functions of Government ministries, with particular focus on enhancing their capacities to drive the implementation of the Transitional Stabilisation Programme and other blueprints that may emerge so as to achieve Vision 2030,” said Ambassador Wutawunashe.

The new structure of Government — which will be aligned to enhanced mandates and functions of ministries and departments — will determine the number of civil servants on the payroll.

Where appropriate, the commission will redeploy, reskill, multiskill, reassign and capacitate some of the affected staff members. But redundant positions have since been abolished.

Secretary for Finance and Economic Development Mr George Guvamatanga on Monday told legislators that the 2019 and 2020 National Budgets would cut the public service wage bill by $200 million and $130 million respectively.

A 2015 audit report established widespread duplication of roles in the public sector.