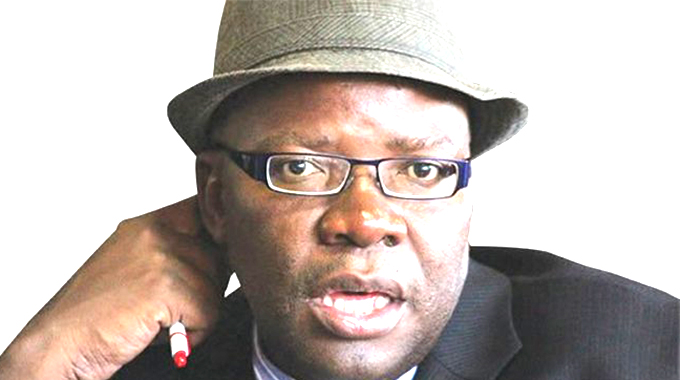 MDC Alliance vice president Tendai Biti, who is facing allegations of manhandling a Russian national during an altercation outside the Harare Magistrates Court, wants senior prosecutor Mr Micheal Reza to be recused from the matter in a bid to avoid a possible conviction.

The trial, which was scheduled to kick-off yesterday hit a snag after Mr Biti learnt that Mr Reza was handling the matter.

Through his lawyer Mr Alec Muchadehama, Biti said he would not get a fair trial if Mr Reza prosecuted.

Mr Muchadehama applied for a postponement of the trial to a date in July saying he needed time to obtain certain documents which would strengthen why he wants Mr Reza recused.

He said Mr Reza has personal hatred against Biti.

The matter was stood down to 1415hrs yesterday to allow Mr Muchadehama to obtain the documents that he intends to use for his application.

When the court resumed, Mr Muchadehama said he did not get all the records that he required and applied for another postponement.

Prosecutor Mr Chirambira, who is handling the matter together with Mr Reza, opposed the postponement saying Mr Muchadehama was just trying to delay the trial.

Responding to the application to have him recused, Mr Reza said all court applications are made in terms of the law, but this one was not.

“I don’t know which law is being used in this application and therefore it should be dismissed. I don’t harbour any personal hatred against Biti and I want it to be placed on record that I have nothing personal against him but I am just doing my work.

“Mr Muchadehama said I am a very senior person and cannot be seen prosecuting an assault matter, but he also is a senior lawyer who cannot deal with a matter of assault,” he said.

Mr Reza said Biti is saying they were not advised that he was going to be the prosecutor in this matter but there is no law that requires the courts to do so.

He said the application by Mr Biti seeks to have the court appoint a prosecutor in this trial which is unlawful.

Mrs Muchuchuti again ruled there was no need to postpone the matter again since all documents needed by Mr Muchadehama could be obtained at the same court. However, she deferred the matter to today following indications that the process of obtaining the outstanding documents needed more time.

It is the State’s case that Ms Tatiana Aleshina was allegedly insulted by Biti within the court premises.

Ms Aleshina filed a report with the police and has now lodged two further complaints with the Law Society of Zimbabwe.

In her complaint, Ms Aleshina wants Biti investigated for alleged gross unprofessional conduct and alleges she and her workmates were verbally abused each time they came to court.