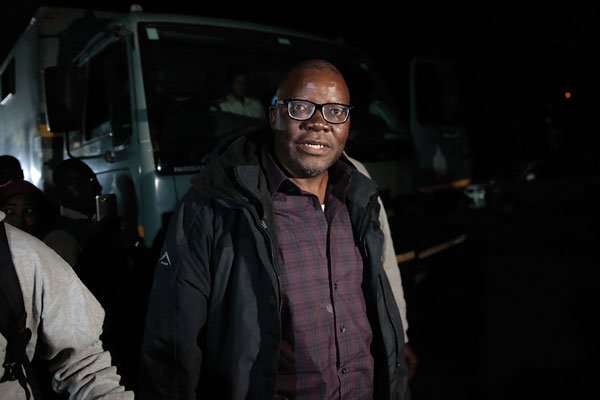 MDC vice-chairperson Tendai Biti and State prosecutor Michael Reza nearly exchanged blows in court yesterday after Reza accused the former of playing a role in the post-election violence that saw seven civilians killed by members of the army on August 1 this year, while the presiding magistrate clashed with the opposition leader’s lawyer Beatrice Mtetwa over the use of mobile phones in court.

Biti, who appeared before magistrate Gloria Takundwa, is facing charges of violating the Electoral Act for allegedly announcing that MDC Alliance leader Nelson Chamisa had won the presidential elections during the harmonised elections held in July this year. He is also facing another charge of border jumping.

“I am going to sue you for that! Did I shoot anyone? Why don’t you accuse the army?” Biti fumed.

Mtetwa asked the court for Reza to recuse himself from the matter, saying he was now conflicted after writing an affidavit accusing Biti of playing a hand in the killing of the people by the army.

“Your Worship, Reza, who in terms of the law, is supposed to be impartial, filed an affidavit and made averments that are a cause for concern and such averments cannot be made by an impartial prosecutor. Reza said Biti’s assassination attempt claim was only political grandstanding. He proceeded by saying the violence committed in the CBD [central business district], which claimed the lives of people, were carried out by MDC supporters. What independent prosecutor says that?”

But Reza told the court that Biti had raised political statements, which required a political response.

He further said Biti referred to a legitimate government as a “military junta government”, which is a derogatory expression.

Mtetwa urged Reza to recuse himself, accusing him of furthering the interests of his political masters and not of justice.

However, Takundwa postponed the matter to November 15 for ruling.

Takundwa then ordered everyone in the court gallery to stop using mobile phones during the proceedings, but Mtetwa objected, saying there was no law stopping people from using their phones in court.

“Surely, you cannot stop people from tweeting and sending messages unless you avail an Act that stops them from using their phones,” she said.

Takundwa then backed down and said the people in the gallery must not take pictures, to which Mtetwa concurred.

Biti, who is represented by Mtetwa, has filed an application at the High Court for a review challenging magistrate Francis Mapfumo’s jurisdiction and ruling after he alleged that he was abducted from Zambia, where (Biti) he had been seeking asylum after an “attempt” on his life.

But the State insisted on going to trial despite the pending High Court review.

Biti was denied asylum by the Zambian government after he tried to seek refuge in that country.

He claimed that he was abducted in Zambia by unidentified Zimbabwean men.

He said the abductors forced him to cross the border and arrested him. He told court that he was not running away from the police, but that his life was in danger.