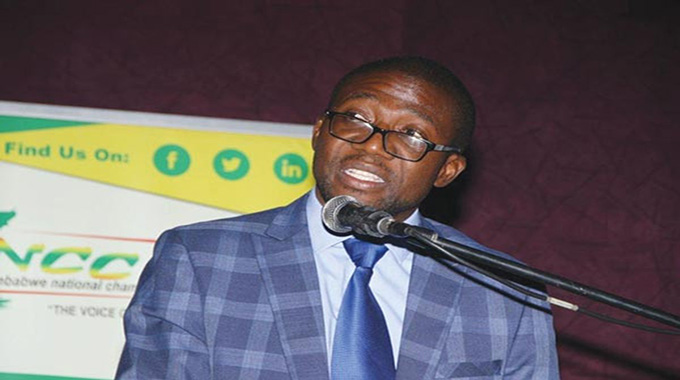 Government will not hesitate to descent on companies that fuel parallel market activities that have triggered massive price increases and erode people’s disposable incomes.

Industry and Commerce Minister Nqobizitha Mangaliso Ndlovu told Sunday News that price increases that the country has witnessed in the past weeks were being fuelled by big companies that were injecting excess liquidity in the market resulting in the currency exchange rates galloping, forcing business to also adjust prices.

Last week, the country experienced volatility in foreign exchange rates especially on the black market resulting in rates of bond notes to the US dollar going up to US$1:ZWL$24 before it tumbled yesterday to about ZWL$15. In fact, black market forex dealers in Bulawayo were not operating yesterday, citing “uncertainty” in the exchange rates.

Resultantly retail shops have also been adjusting the prices of their goods resulting in massive price hikes of basic commodities.

In a telephone interview on Friday, Minister Ndlovu said the wanton price increases of goods over the last few weeks have largely been driven by activities on the parallel foreign exchange market.

“There is nothing that has been driving prices save for the (parallel) exchange rate and because of certain activities that were taking place in the market I think there was excess liquidity being injected into the black market, which pushed rates even higher than the official inter-bank exchange rates,” he said.

But, added Minister Ndlovu, the Government acted quickly to contain the situation by putting some measures through banks.

However, prices take time to adjust but it’s really unfortunate because we cannot have rates being driven like that, to the extent that it affects the whole economy . . . I believe corrective measures by Government have given us almost instant results,” he said.

President Mnangagwa has also warned business that Government will be forced to interfere to ensure that normalcy returns on pricing. In his State of the Nation address on Friday, President Mnangagwa said Government has observed with increasing concern a tendency within the business sector to randomly increase prices without reason or cause, except that of greedy profiteering. He said he will soon meet the business sector to find common ground.

“The whole situation becomes completely unjustified and untenable when only prices of basic commodities continue to escalate against static or even declining wages. Surely a generalised price escalation should and must have a bearing on wage levels in the economy. We urge our business community to show leadership by taking business decisions which are professional, ethical and even compassionate. They must act in a manner consistent with the broader goal of economic recovery, tripartism and sustainable long-term macro-economic stability,” said President Mnangagwa.

The astronomical price increases of goods over the last few weeks have provoked the ire of consumer rights organisations as the buying public’s disposable incomes continue to dwindle. A snap survey by this paper revealed that a 10 kilogramme bag of mealie-meal rose from $27 to $48, 2 litres of cooking oil from $28 to $40, bread from $6,90 to $9 and 2kg sugar from $17,22 to $23,90.

In addition, some unscrupulous businesses, mostly Small to Medium Enterprise (SMEs) and the informal sector, are refusing to embrace the Zimbabwe dollar as the country’s sole legal tender and continue to demand payment in United States dollars.

Mr Muchekeza however, expressed optimism that the law of supply and demand would prevail culminating in pricing normalcy.

“We are always positive that things will be better even when it comes to pricing. Economists will say price is demand related and demand works well with issues to do with disposable income so there are instances whereby prices will stabilise themselves depending on the demand from consumers,” said Mr Muchekeza.

“These unjustified price hikes of basic commodities and services are causing immense suffering among millions of Zimbabweans, the majority of whom are unemployed or underpaid. A lot of people now eat once a day and as a result malnutrition among children and the elderly is on the rise,” he said.

Mr Ncube said the Government should explore ways of curbing price hike madness as it was frustrating the country’s economy.