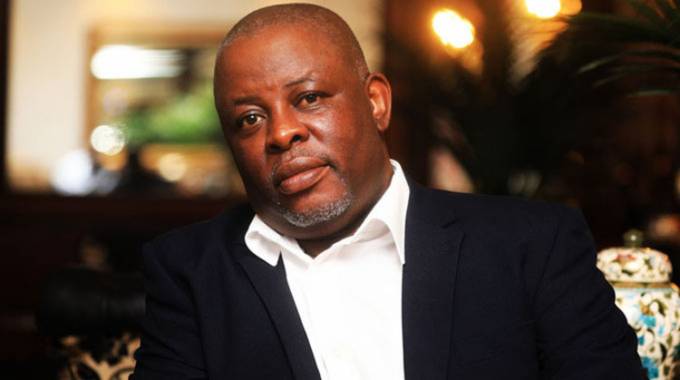 Prosecution of over 20 suspected land barons, who are facing criminal offences that include illegally selling land to homeseekers, will begin this month after trial dates were successfully secured before the courts.

Prosecutors from the Special Anti-Corruption Unit (SACU) in the Office of the President and Cabinet have secured trial dates for 21 cases involving alleged land barons, who include politicians and some senior Harare City council employees.

The trials kick off next week, while more cases are expected to be allocated dates when courts resume normal operations after a review of the national lockdown.

An internal SACU memorandum secured by The Sunday Mail shows that most of the defendants will answer to charges of fraud and criminal abuse of office as defined under the Criminal Law (Codification Reform) Act.

SACU head Mr Tabani Mpofu yesterday promised a “bloody month of war” in the courts for the suspects.

A new special prosecutorial team under the office of the Prosecutor-General has since been established to handle the cases.

“We have about 41 active cases of corruption, most of which involve the parcelling of land illegally by land barons,” said Mr Mpofu.

“Out of all those cases, 29 have been given trial dates.

“What this means is that police investigations are complete and prosecution has considered the docket and came to the conclusion that there is enough evidence to prosecute and convict.

“At SACU we give ourselves only two weeks from the time of arrest to complete the docket for the allocation of a trial date.

“So we don’t let matters linger.

“What we want to do is show the public that when we arrest people, we do so to get these people in court for trial with minimum delay.”

Prominent land developer Felix Munyaradzi will be in the dock on February 24.

Senior council manager Matthew Marara, who is facing charges of corruptly parcelling out residential stands in his previous post as housing director; and Aaron Tayerera, the city’s acting chief clerical officer, will both be in court starting February 24.

Munyaradzi Bowa, who is the city’s principal land surveyor, will stand trial on February 16.

The city’s director housing and community services, Addmore Nhekairo, will be in court on March 3.

Mr Mpofu said most of the trials were initially scheduled for January, but were delayed on account of the introduction of the Level Four national lockdown.

“I want the public to know that we are giving trial dates and February is going to be the month of a bloody war against corruption,” he said.

“There are some trials which were scheduled for this month that will be affected by the practice directive issued by the Chief Justice and those ones will be given dates immediately after the expiry of the lockdown this month.”

Earlier this month, Chief Justice Luke Malaba issued Practice Direction 3 of 2021 regulating the operations of courts during the extension of the Level Four national lockdown.

The directive moved all pending criminal matters by at least a month.

The filing of new cases, process, documents, pleadings and papers was suspended until February 15.

“We cannot control court processes, because there are processes and procedure that we cannot short-circuit.

“All we can do is finalise investigations and get matters in court.

“However, we have also noted a trend whereby our High Court appears too eager to release accused persons on bail.”

“Their lawyers make long and frivolous applications, which they take to the High Court and then the Supreme Court just to delay the process.

“This then bogs us down and we cannot fight corruption like that.

“We are not saying that everyone should be denied bail — no!

“We are saying not everyone should be given bail.”

In a statement, Prosecutor-General Mr Kumbirai Hodzi said the national lockdown was delaying completion of cases before the courts.

“The Prosecutor-General has also put a special prosecutorial team to deal with the prosecutions of land barons. Currently, there are a number of land baron cases that are on remand in the courts.

“Prosecutions have been delayed in most criminal cases, including high-profile cases owing to the Covid-19 pandemic that has slowed down prosecutions in the courts.”

The Government has undertaken to fast-track the prosecution of all suspected land barons and facilitate compensation of homeseekers who lost out to land barons and corrupt council officials.

President Mnangagwa on Thursday issued a directive for implementing corrective measures to bring sanity to local authorities that had been allowing illegal construction of houses on wetlands and without supporting infrastructure such as water and roads.