THE Department of Immigration has reduced its staffing levels at border posts to curb the spread of COVID-19 amid a rise in the number of travellers using illegal entry points to dodge scrutiny at the country’s borders. 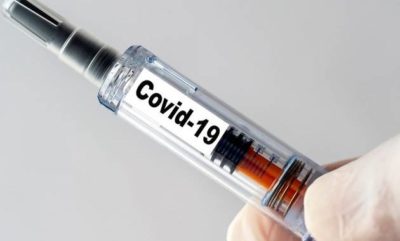 This was revealed in Parliament yesterday by Respect Gono, the chief director of immigration when she appeared before the Levi Mayihlome-led Parliamentary Portfolio Committee on Defence and Home Affairs.

Gono said the border jumpers were posing COVID-19 challenges at the country’s entry points as they dodged check-up procedures.

Border posts now require travellers to produce COVID-19 certificates to show that they were not infected by the virus.

“The department is facing challenges that have been exacerbated by the pandemic and there has been an apparent upsurge in the number of travellers using undesignated crossing points as people seek ways to breach the travel restrictions,” Gono said.

“There are delays in the processing of certain permits due to the fact that we have been operating with skeletal staff. There is also lack of funding and shortages of accommodation for staff.”

The Immigration Department boss said due to COVID-19, they were forced to reduce personnel manning borders, as well as to reduce working hours. She said issuance of visas and permits was also suspended.

Gono told MPs that corruption was another scourge undermining the performance of the department.

She also requested for government support to install an online border management system to capture identities of persons entering the country and detect counterfeit documents from travellers.

Meanwhile, Zimbabwe is said to be losing thousands of dollars through porousness at Sango Border Post where rampant smuggling of goods and second-hand bclothes, illicit drugs and tobacco cigarettes and whiskies is taking place.

It is also alleged that some corrupt Zimbabwe Revenue Authority (Zimra) officials were assisting smugglers to smuggle precious minerals and ivory into Mozambique, which then finds its way to the European and Asian markets.