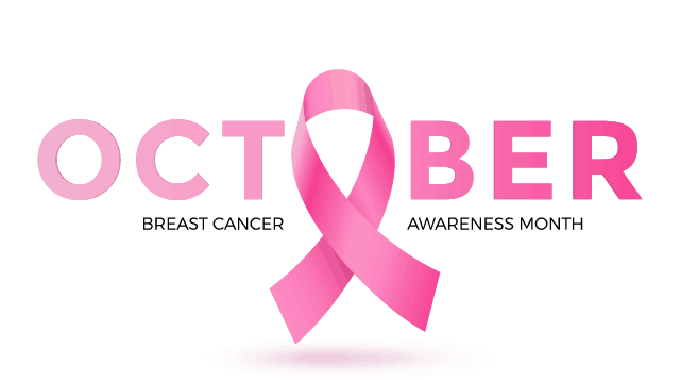 According to the World Health Organisation (WHO), the breast cancer awareness month helps to increase attention and support for the awareness, early detection and treatment, as well as palliative care of the disease.

Breast cancer is by far the most common cancer in women worldwide, both in the developed and developing countries.

The Zimpapers Annual Cancer Power Walk, in partnership with Island Hospice, has been in existence since 2016.

It is an advocacy platform meant to raise awareness about the national and global concern that cancer is. It has also become a fundraising platform for palliative care and the work being done by Island Hospice.

As result of Covid-19 and the consequent lockdown restrictions for health reasons, which prohibit large groups of people from gathering, the 2020 Power Walk will be a virtual event.

This year’s theme is ‘I Am and I Will’ with the hashtag for the event being #ZimpapersCancerPowerWalk.

Cancer is clearly becoming a menace in society and initiatives like the above mentioned help bring information to people’s doorsteps.

In Zimbabwe, the Cancer Association of Zimbabwe (Cancer Centre) has over the past 50 years strived to raise awareness on cancer prevention, early detection and management in the country.

Below the Cancer Association of Zimbabwe explains what breast cancer is.

Cancer is a disease of the cells which are the building blocks of body organs and tissues. Normally cells divide, grow and multiply in an orderly and controlled way as the body needs them to keep the body healthy.

When cells become old or damaged, they die and are replaced with new cells. However, sometimes this orderly process goes wrong.

When this happens, cells do not die when they should and new cells form when the body does not need them. When these cells continue multiplying, they result is a mass of tissue or growth, also called a tumour. Breast cancer is cancerous tumour which occurs in the breast(s). It is cancer originating from breast tissue, most commonly from the inner lining of milk ducts or the lobules that supply the ducts with milk.

We do not know what causes breast cancer, although we do know that certain risk factors may put you at higher risk of developing it.

Studies have shown that some people are more likely to develop cancer than others. These are called at risk groups. The behaviour, environmental factors or other things that predisposes at risk groups to cancer are called risk factors. Your risk increases if you:

◆ Have a family history of breast cancer,

◆ Smoke and drink alcohol, more than two drinks per day,

◆ Eat a diet high in animal fat and low in fibre,

◆ Have no children or had your first child after you turned 30 years,

◆ Started your menstrual periods early before 12 years of age and experience menopause later than usual (after 55 years) you are more at risk,

◆ Exposed to radiation especially during adolescence

◆ Have had cancer previously in one breast,

A mass or lump, which may feel as small as a pea should also be a cause for concern, especially if it is detected during regular breast self examination.

Other signs include the development of a marble-like hardened area under the skin, an area that is distinctly different from any other area on breast, tingling, itching, increased sensitivity, burning in pain in the breast or nipples, unexplained weight loss as well as persistent fever or chills.

Some of the signs and symptoms may however be due to other conditions. It is thus important to consult your doctor or health practitioner should the signs or symptoms present.

Breast cancer screening refers to testing otherwise-healthy women for breast cancer in an attempt to achieve an earlier diagnosis.

The assumption is that early detection will improve outcomes.

A number of screening test have been employed including: clinical and self breast exams, mammography, genetic screening, ultrasound, and magnetic resonance imaging (MRI).

In Zimbabwe Breast Self Examination (BSE) is encouraged since most of the lumps are discovered by the woman themselves. Breast screening may find cancers early.

In older women it saves lives since if a cancer is found, it is likely to be smaller. It may, therefore, be possible to remove the lump (by a lumpectomy) instead of removing the whole breast (a mastectomy).

The method involves the woman herself looking at and feeling each breast for possible lumps, distortions or swelling.

It makes one become familiar with the usual appearance and feel of one’s breasts. Getting to know one’s breasts makes it easier to become aware of any changes.

Breast self-exam is done about three to five days after one’s period when breasts are less likely to be tender and swollen. Women at menopause should choose a particular day of the month when to do breast self-examination.

What to look for during a breast examination:

On the breast itself:

◆ Dimpling or puckering of the skin surface

◆ Lump or thickening which may be painless

◆ Unusual rash on the nipple or breast

◆ Persistent pain in the breast though this is not usual

◆ Discharge or blood through the nipple

◆ Lump or thickening which may be painless

◆ An inverted nipple (turned in nipple)

◆ Change in the position of the nipple

◆ Lump or thickening beneath the nipple

◆ Swelling of the upper arm,

◆ Swelling or lump in the armpit.

You should examine your breasts monthly from the age of 18 years onwards. The best way to do this is while standing up looking into the mirror, standing up in the shower or lying down on the bed.

One way of breast self-examination:

Stand before the mirror, inspect both breasts for any unusual discharge, dimpling, scaling or puckering of the skin.

Watching in the mirror, clasp hands behind head and press head against hands. This helps to identify any changes in the shape or size as the muscles contract.

Press hands on the hips and bend towards the front or mirror while pulling shoulders and elbows forward. The pulling of muscles helps to identify any abnormalities on the breasts.

While in the shower, with soapy hands, lift arm and with four fingers of your right hand, gradually work from the outer edge of the breast in small circles towards the nipple. The circular movements will help identify any lumps or abnormalities.

About a third of the most common cancers, including breast cancer can be prevented by eating a varied and healthy diet, maintaining a healthy weight and regular physical activity.

It is encouraged to eat a diet containing whole foods that a naturally grown and high in fibre.

It is also important to avoid refined foods and highly processed foods as they are high in fats, sugars and salts. Instead concentrate on whole grains, legumes, fruits, vegetables, poultry and fish.

Also avoid being overweight or obese by exercising regularly at least five times a week for more than 30 minutes.

Alcohol intake must be reduced, whilst tobacco smoking, sniffing or chewing are to be avoided at all costs. Also avoid chemical exposure such as pesticides.

Managing stress effectively is another important aspect in the prevention of breast cancer as well as other cancers. Breast feeding is a protective factor — this is a common practice in Zimbabwe and must be encouraged. – Additional information, Cancer Association of Zimbabwe