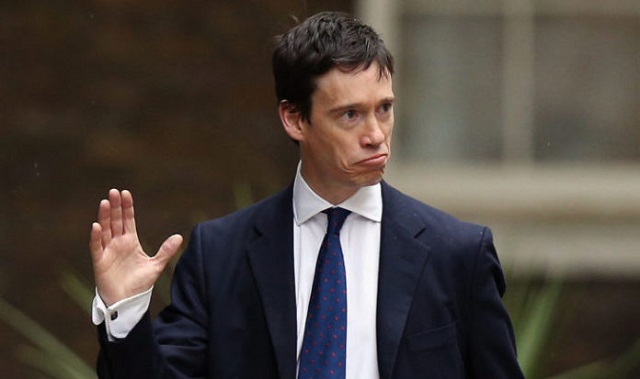 Daniel Nemukuyu, Harare Bureau
Britain has pledged to work closely with the new Zimbabwean Government, with a view to turn around the economy following the inauguration of President Emmerson Mnangagwa as the country’s new leader on Friday.

Britain’s Africa Minister Rory Stewart, who became the first envoy to pay courtesy call on the newly appointed President, said his country was ready to strengthen its relations with Zimbabwe.

Speaking to journalists after the courtesy call at Rainbow Towers Hotel before a luncheon held for delegates, Mr Stewart said discussions were already under way to ensure Zimbabwe started getting international financial assistance.

“We will be working closely with the Government to understand their needs and what sort of support they require. We will be looking at what Government is doing on corruption, elections and other things.

“On sanctions, I have to be clear, there are now very few sanctions on Zimbabwe. Sanctions are left on a few individuals. The only outstanding question here is of international financial assistance from organisations like International Monetary Fund and World Bank, but we have already begun discussions to have the embargo lifted.”

Mr Stewart said Britain was impressed by President Mnangagwa’s maiden speech, which emphasised on free and fair elections, fight against corruption, among other programmes of action.

“We came to congratulate the President on his inauguration speech. We are very encouraged to hear the President talking about free and fair elections, importance of the economic reform, stamping out corruption. We look forward to more engagement and learning more.”

Mr Stewart described Zimbabwe as a fantastic nation with a wonderful educated population. Britain, he said, was hoping to strengthen its friendship with Zimbabwe as the African country opened a new page of its history.

Zambian President Edgar Lungu was the second to meet President Mnangagwa after the inauguration ceremony. After the meeting, President Lungu pledged to continue supporting Zimbabwe.

“I am very happy for the new President. I told him that I will continue supporting him the same way I did with former President Mugabe.”

Ambassador Barnabé Kikaya Bin Karubi, diplomatic adviser to Democratic Republic of Congo President Joseph Kabila, also paid courtesy call on President Mnangagwa although he did not disclose the nature of the talks.

President Mnangagwa had the luncheon with the Heads of States and senior Government officials at Rainbow Towers Hotel after the inauguration.

At the luncheon, Defence Minister Sydney Sekeramayi, Minister of Media, Information and Broadcasting Services Simon Khaya Moyo and others showcased their fancy footwork in celebration of the appointment of the new President. War veterans leader Cde Christopher Mutsvangwa and his wife Monica also joined other senior officials on the dance floor.