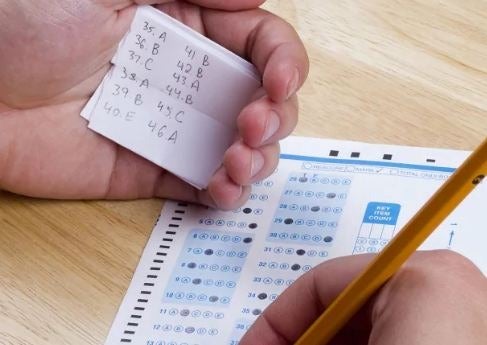 MASVINGO-BASED Riverton Academy has been rocked by an “A” Level Cambridge examinations cheating scam that has sucked in the British Council Exam Board.

Since Riverton became a Cambridge examination centre in 2010, it has scooped several British Council awards for academic excellence.

This year alone, the Academy bagged six gongs at a colourful event held at a Harare hotel, pipping the other perennial winners that include Eaglesvale and Arundel, among other elite schools offering Cambridge examinations.

However, according to a close source privy to how last year’s November exams were conducted, Teddy Maponga, an “A” Level student, broke into Herbert Mushandu’s office — the then school head — and tampered with examination papers, but the issue was swept under the carpet.

Although the matter was reported to the police, who were instrumental in apprehending the suspect, the school was not penalised by the examination board, despite the fact that the incident happened in the presence of Tangayi Usaiwevu, a British Council representative who was at the school to monitor the examination process.

Reached for comment, the current school head, Ronald Mafumhe, referred all questions to the owner of the school, Philmone Mutangari.

While Maponga’s results were withheld for cheating, this has cast a dark cloud over whether the school’s past awards were earned on merit or by cheating.

“Normally, when Cambridge exams are conducted, there is always tight security from the delivery of the exam papers, the process and when they are dispatched from the school.

“But in this instance, there was no security at the school head’s office to the extent that Teddy used a screw driver to access the office. To make things worse, he found the keys to the safe easily and went on to rewrite his exams and returned them to the office without anyone noticing,” a source said.

“He was just unfortunate that he failed to forge the signatures on the envelope, which sold him out. Otherwise he would have succeeded without anyone noticing. What boggles the mind is that it was only Teddy who was sacrificed, but the school was not penalised.

“How could Mushandu forget the key to the safe? Was it a coincidence that Teddy broke into the office the day Mushandu forgot the keys? Or the whole thing was stage-managed? I would not be wrong if I suggest that it is clear Mushandu forgot to leave the door open.”

Mushandu, who is reported to have been elevated to become one the directors immediately after the incident, initially said he was driving and could not respond, but later referred the questions to Mutangiri.

Mutangiri, however, also referred the questions to the British Council.

“I think the best people to answer that question are people from the British Council. There is nothing I can say about the issue,” he said before dropping the call.

The British Council representative Usaiwevu was jittery when reached for comment.

“Who gave you my number? I will have to ask my seniors because I cannot comment on that issue. It is a hot issue. I will call you back after I talked to them,” he said.

When he called a few minutes later, he referred all the questions to Ahmmed Ammar, the country British Council examinations manager.

Ammar was said to be out of office.

British Exam boards are organisations that offer qualifications to students, and it is their job to produce examination papers, mark and award the grade, for school exams and work with Cambridge Assessment International (CIE) Education Exam Board.

CIE offers qualifications that are internationally recognised and accepted by colleges and universities around the world.