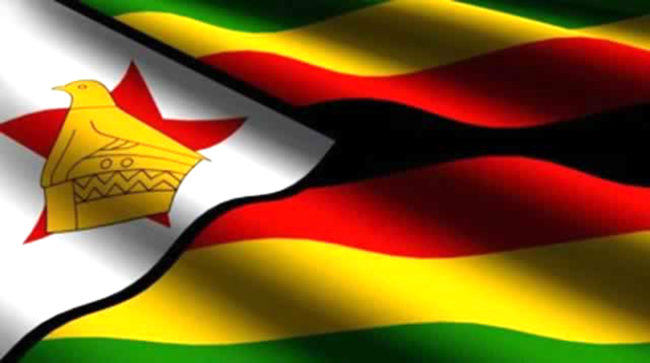 CONSERVATIVES in the House of Commons are lobbying the UK government to block Zimbabwe’s bid to rejoin the Commonwealth citing Harare’s chequered property and human rights record, a move that is likely to frustrate President Emmerson Mnangagwa ahead of the Commonwealth Heads of Government Meeting (Chogm) in Rwanda next year.

Zimbabwe will be seeking to be re-admitted into the club it quit in 2003 in a row over Harare’s seizure of farms belonging to whites.Mnangagwa has since taking over power from long-time leader, the late former president Robert Mugabe who was deposed by his military in 2017, made frantic efforts to rejoin the Commonwealth.

In a letter written by Conservative MP Peter Grant addressed to Minister of State at the Foreign and Commonwealth Office, Andrew Stephenson, the Conservatives argued that Zimbabwe was not ready for re-admission.

At that time, Mugabe was rolling out economic indigenisation reforms which compelled foreign investors to cede 51% of their shareholding to the indigene.
The Indigenisation legislation has since been scrapped.

Grant argued that any engagement with Zimbabwe must be based on Harare’s sincerity to uphold property rights. Westwood left the country in 2012.
Grant pleaded with the foreign office to block Harare’s quest to rejoin the Commonwealth until Zimbabwe upheld property rights.

“I therefore ask that the Foreign and Commonwealth Office (FCO) use its influence to ensure that in any discussions with the Zimbabwean government, the Westwood’s case be highlighted as one that must be resolved if Zimbabwe wishes to normalise the relationship with the UK and with the rest of the international community,” Grant said.

“In particular can I repeat that what I have previously said to your predecessor that it would not be acceptable for the UK to support the readmission of Zimbabwe to the Commonwealth while they continue to deny justice to the Westwoods and other UK citizens.”Grant also highlighted the use of excessive force by the police on protesters.

“You will be aware that the political situation in Zimbabwe is again becoming extremely worrying, the excessive force used by the Zimbabwean police in responding to recent protests being the latest example.

“In this climate the Westwoods can have no confidence that they would be treated fairly by the judicial system in Zimbabwe,” Grant wrote.

“I also note that in early April 2019 the Zimbabwean government announced plans to begin compensation payments to white commercial farmers whose properties were seized under Mugabe’s land reforms, though significantly the compensation is for ‘infrastructure and improvements’ on farms and not compensation for the land itself. This recognition of seeking to correct past errors may open similar opportunities for those who have been similarly deprived of their livelihood,” Grant said.

Documents show that Westwood tried in vain to engage Mugabe and later Mnangagwa to recover his business.Westwood allegedly lost his car parts business, Noshio Motors and Benbar to Mliswa as Zimbabwe pushed ahead with rolling out the Indigenisation policy which was widely criticised as an affront to investment.

Westwood’s appeals for assistance to Mugabe were ignored, with his lawyers alleging that it was because the Norton MP enjoyed the protection of his once influential and powerful uncle, former cabinet minister Didymus Mutasa.

He has in the past written to the Southern African Development Community, African Union, United Nations, European Union, British Parliament and the Zimbabwean Ambassador to Britain asking for intervention.

He said: “You have got to understand who you are dealing with here. He also went to his MP in parliament; I wrote to the speaker of parliament in the House of Commons and copied all the MPs. He has the right to do what he wants to do, but just be careful … His company was never taken away at any time.”

In 2009, the court heard that Westwood was involved in shareholders’ spat with a co-owner of the company, Hammarskjold Banda, after Banda’s wife allegedly misappropriated funds.

According to state allegations, Banda’s wife was suspended and the couple allegedly connived with Mliswa and Martin Mutasa to elbow Westwood out of the business.

At that time, the prosecutors alleged Mliswa, Mutasa and three other individuals went to Noshio Investments’ offices in December 2009 claiming former indigenisation minister Saviour Kasukuwere had allowed them to take over the company.

In June 2011, Mliswa was acquitted on charges of trying to forcibly wrestle Noshio Investments. During the trial, he accused Westwood of being a drug addict, who was not mentally fit to give evidence.