Budget to lay foundation for NDS1 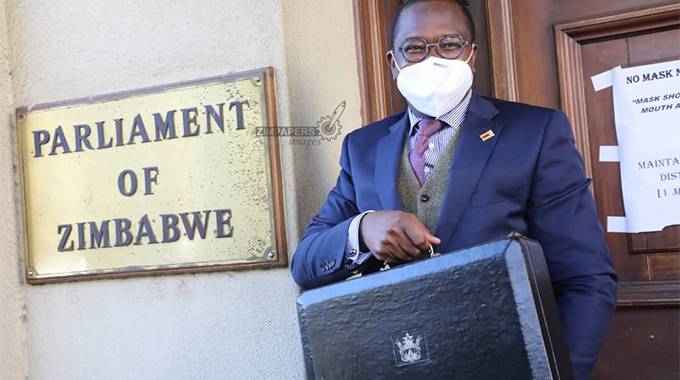 During NDS1, the economy is expected to grow by an average 5 percent to achieve the goal of transforming the economy to an upper middle income country by 2030. NDS1 is premised on the adoption and swift implementation of bold and innovative strategies, policies and programmes aimed at achieving quick and robust economic transformation. The blueprint is themed; “Towards a Prosperous and Empowered Upper Middle Income Society by 2030”.

President Mnangagwa launched the blueprint on Monday and said his administration will continue to implement robust, innovative and responsive strategies.

The President said the NDS1 will entrench the prevailing strong pillars of democracy, constitutionalism and respect for the rule of law.

Zimbabwe has in the past implemented several brilliant economic policies to drive growth and reduce poverty, but results were sub-optimal due to both “exogenous and endogenous factors” and the new policy seeks to address this.

Minister Ncube told the Herald Business and Finance, after his first post-NDS1 launch televised interview with Zimpapers TV channel, ZTN, that the NDS1 will consolidate and build on gains achieved under the short-term blueprint, Transitional Stabilisation Programme (TSP 2018-2020), which concludes next month, after which NDS1 takes over for the next half decade.

The Treasury chief said the 2021 national budget becomes the very first year long implementation framework for NDS1 and will be presented this coming Thursday, on the 26th of November.

“Naturally, I cannot reveal what is in the budget, all I can say is that the budget will be anchored on the National Development Strategy (NDS1) and builds on the successes of the TSP,” he said.

Earlier in the interview with ZTN , Minister Ncube said TSP had been a resounding success and they had managed to tick all the boxes of targeted policy objectives under the plan.

In terms of budget deficits, Government is now recording budget surpluses, which Treasury has used to avail resources for emergencies and disasters like Cyclone Idai, drought and Covid-19.

Further, the resources mobilised from the national budget surpluses have been used to finance social protection programmes, build key infrastructure like dams, bridges and roads.

Other notable milestones posted during the tenure of the TSP included reintroduction of a domestic currency after a decade long hiatus, initially facing challenges with its volatility.

The volatility issue has since been resolved following introduction of the Dutch auction system, resulting in exchange rate stability, reducing inflation and improved access to forex by industry.

Minister Ncube said having a local currency was a major achievement, as it meant Government had control of both legs for macro-economic stability in the form of fiscal and monetary policies.

During the tenure of the TSP, the Government also made massive investments in key enabling infrastructure such as roads, bridges, dams, power, water and sanitation among others.