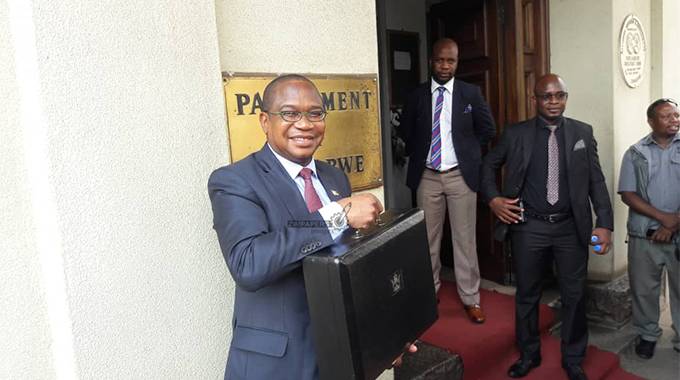 MEASURES proposed in the 2020 Budget, which include tax cuts and incentives for job creation, have primed productive sectors for growth, with captains of industry optimistic the economy is heading in a new direction.

He then ushered in a new era for ramping up production in all major sectors of the economy.

A landmark policy that will see companies receiving incentives for generating jobs for youths, under the age of 30, is expected to be a game-changer for the young productive ages.

Professor Ncube unveiled a plethora of tax relief measures that will cushion both large and small business from punitive taxes. 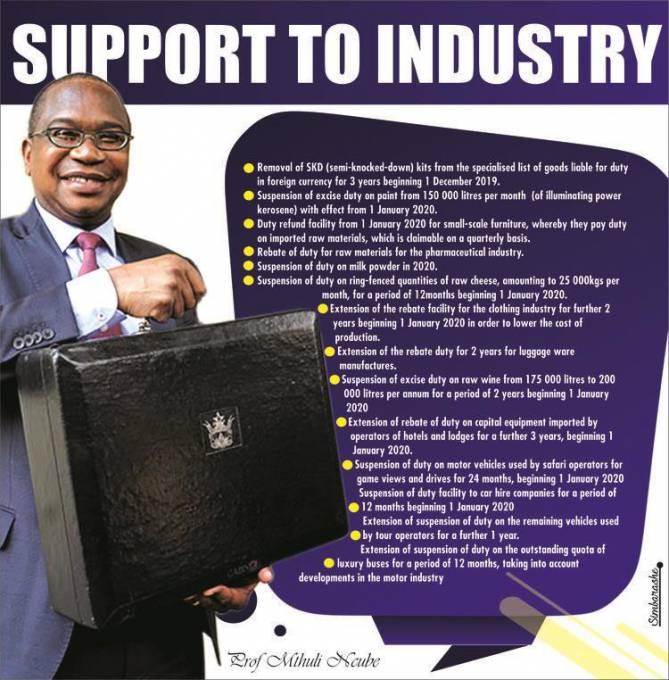 The minister reviewed the 2 percent Intermediated Money Tax Transfer on all electronic money transactions from $20 to $100 and the maximum tax payable per transaction by corporates from the current $15 000 to $25 000 on transactions exceeding $1,25 million.

Also, the Value Added Tax standard rate went down from 15 percent to 14,5 percent in a move that will lower costs for businesses.

Speaking at the Zimpapers Television Network and ZBC post-Budget breakfast meeting in Harare on Friday, Professor Ncube promised exciting times for youths with regard to job creation.

“We have been very specific in terms of job creation, where companies will receive tax credits for employing the youths, for at least 12 months.

“We really want to push employment among the youth and also to push youth and entrepreneurship and support their venture fund,” he said.

In his Budget statement, he said: “On its part, Government, through the 2020 Budget, is committing aside $500 million for this fund.

“The fund will provide affordable loans to young entrepreneurs including those engaged in production, that way encouraging them to be job creators and not job seekers.”

“The Budget spoke to us. When we made our submissions before the Budget, we made a few objectives which we thought would make us gain ground, recover and position for growth,” she said.

“We also see evidence of the conversations that we have with Government over the years.

“The Budget noted that the interbank market is in its infancy and we hope that that recognition will translate into action to strengthen this market.”

Rebate facilities were also offered for manufacturers in sectors that include the textile industry, paint products, furniture and pharmaceuticals.

In the clothing industry, Professor Ncube extended the rebate by two years, in a move that will lower the cost of production.

“It is a fundamental support measure to enable us to compete against imported clothing and also to build capacity to enable exports,” he said.

“As part of the renewal, we have submitted to Government some enhancements to the current rebate scheme and we need to work with them now to get these implemented,” said Mr Youmans.

“The enhancements are part of a formal agreement between all industrialised sectors of the cotton to clothing value chain.

“They are the simplification of the requisites to comply with the rebate scheme, for SMEs, to ensure an inclusive scheme that promotes development from the bottom upwards.”

“This enhancement ensures local production in the value chain is fully utilised and enables raw materials to be specifically classified.

“There is a commitment from the sector to work with Government and particularly Zimra to assist in improving import controls.

“We know that the enhanced CMR will have a significant positive impact on the sector and the whole value chain.”

In the motor vehicle industry, Government will incentivise production of vehicles through extending the suspension of duty on semi-knocked down kits for three years.

The diamond sector saw the reduction of the royalty rate from 15 percent to 10 percent.

In 2020, Zimbabwe’s economy is projected to record a 3 percent growth that will reverse the projected 6,5 percent economic contraction this year, which was largely a result of drought, Cyclone Idai and inflation.