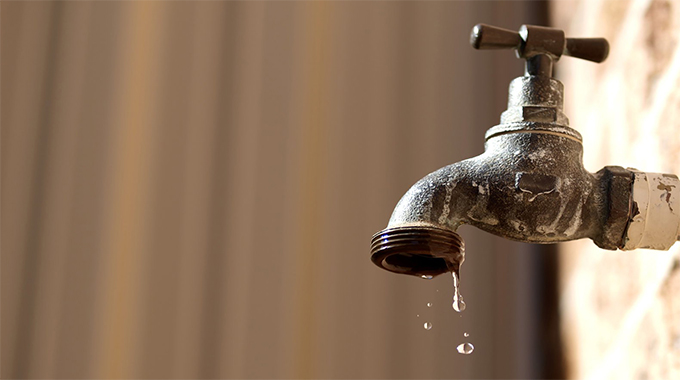 The city has been failing to supply adequate water to most suburbs resulting in a tight water shedding schedule, resulting in some areas only receiving the precious liquid as and when it is available.

Some suburbs have not received tapped water for many months after the council indicated that it will only be able to supply the water if its supply dams receive enough during this rainy season.

In some areas residents have turned to unsafe sources resulting in the outbreak of water borne diseases.
Early this year nine people died while more than 1 500 residents fell ill mainly in Luveve following an outbreak of diarrhoea in the suburb.

However, Town Clerk Mr Christopher Dube said while the city is still struggling with providing enough water, they wanted to supply the commodity to all areas during the festive season to ensure that people celebrate properly.

“It depends on the situation, normally for Christmas and New Year we have water and this is what we want to do this year again, but this will also depend on the logistics but yes, we will provide water for Bulawayo,” said Mr Dube.

He, however, said while the city would need to provide water to all areas, other factors beyond the control of the local authority might come into play.

“Breakdowns do occur unexpectedly and there can be power outages which is our biggest challenge now. Pumping then becomes a challenge as it is driven by electricity, if there is no electricity, just like what has happened lately where we have outages regularly, this can make our pumping become poor and we fail to supply water to the city.

“But we will certainly try and give residents water during this festive period especially on Christmas and New Year’s Day,” he said.

Mr Dube said residents should remain conscious of the water shortage that the city is experiencing and there is a need for them to act responsibly.

“The message on water is very clear, the very little that we have has to be conserved, we do not have enough water in the city.”

The city has tried a number of initiatives to increase its water capacity including proposals to use recycled water from Khami Dam, but residents have raised objections over the use of water from the long decommissioned dam.

The city’s supply dams are located in Matabeleland South Province and there have been hopes that with the whole country experiencing good rains, there would be significant inflows into the dams.

According to the Zimbabwe National Water Authority (Zinwa), there has been significant inflows in the country’s dams raising hope not only for Bulawayo but other cities and towns that are also facing water shortages.
Zinwa corporate communications and marketing manager Mrs Majorie Munyonga said the dam levels across the country have gone up since the start of the rainy season.

“Water levels in a number of the country’s major dams continued on an upward trend following the rainfall activity that is currently being experienced in various parts of the country.

According to statistics some of the dams that supply Bulawayo have also recorded significant inflows.

“While water levels in the dams continue improving, the need to conserve water still remains and water users across the board are advised to continue using water sparingly and efficiently.

Those using raw water form Zinwa managed dams are advised to ensure that such use is in terms of water abstraction agreements as required by the law,” she said. – @NyembeziMu